There's an outstanding documentary about The Troubles on TV this week

It previously aired and people absolutely loved it. Set record.

Despite the incredibly ignorant views of some politicians with regards to the seismic importance that the Good Friday Agreement continues to have on everyday Irish life, the growing concerns around Brexit have almost seen a reawakening of the resolve to ensure peace in Northern Ireland.

On this note, Troubles: The Life After is a timely reminder of the death, damage and devastation that The Troubles had on the people of Ireland - regardless of religious/political divide.

The documentary provides an intimate account of life in Northern Ireland during the tumultuous period and if you haven't seen it before, it's being repeated this week on BBC 2.

In the feature, viewers get a first-hand account of the stories from a handful of people who lost loved ones during the conflict.

A word of caution, you're going to be an emotional wreck after watching it because some of the stories are heartbreaking and yet, they're so incredibly poignant and necessary - especially given the flippant disregard that some politicians are displaying towards the Good Friday Agreement.

Troubles: The Life After marks not only the 50th anniversary of the start of the Troubles but it's a timely reminder of what could be at stake when the still fragile peace comes under new pressures, in the event of a hard border following Brexit.

From 1969 to 2001, 3,532 people were killed and 47,541 injured as a result of the Troubles. Many of these were civilians caught in the crossfire as conflict and death became part of the daily narrative in Northern Ireland.

Amidst the headlines and the politics, ordinary people were being killed, maimed and injured. This film, directed by multiple BAFTA winner Brian Hill and first-time director Niamh Kennedy, tells the stories of ordinary people that lived during an extraordinary period.

Stories like that of Virtue Dixon, whose daughter Ruth was killed on her 24th birthday when she was celebrating at the Droppin' Well Inn in 1982. 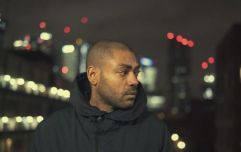 END_OF_DOCUMENT_TOKEN_TO_BE_REPLACED

An INLA bomb brought the roof down, killing both civilians and British soldiers. Virtue tells the story of the aftermath, of how life changed forever after the death of her daughter.

Throughout the feature, harrowing archive footage is also used to reveal more about the conflict and the times.

Troubles: The Life After aired a few weeks ago and as you can see below, people were incredibly moved by this timely reminder of why peace in Northern Ireland is so important to maintain.

In fact, one viewer said that the documentary "should be on the school curriculum" while another added that it shows "why the Good Friday agreement must not be disregarded in the Brexit frenzy."

If you're interested in watching the documentary,  Troubles: The Life After airs on BBC2 at 00:50 on Friday morning.

Basically, late owls on Thursday can keep watching TV, or just set record and watch it in your own time.

Very moving, powerful BBC documentary on the lasting human toll of The Troubles in NI. Real benefit of the GFA is that more families don't have to go through the same agony https://t.co/G5IOMKQU10

Watching troubles.The life after, important we see both sides perspective,I get it's a complex situation but why did it take so long to talk

My heart’s breaking watching Troubles: The life after on BBC2 hearing stories of the lives lost in Northern Ireland. Family members still broken decades after. Desperately hope we never return to those times especially with the current debate happening.

The makers of Troubles:The Life After on BBC2 at 9pm last night deserve a medal. Most powerful testimony from real people. No politics, just pain and hurt. Should be on the school curriculum!

The Troubles, The Life After on BBC 2 tonight was a tough watch but a v important reminder to us to learn from our history. Also shows the importance of the Good Friday Agreement and how we can never let this happen again. #Peace

The Troubles : The Life After is so moving, shows the importance of the GFA and how we can never let this happen again

Thank you @BBCTwo Troubles: The Life After. We need to be reminded of the Troubles in Northern Ireland and why the Good Friday agreement must not disregarded in the #Brexit frenzy

Anyone who was not brought up in Northern Ireland and is interested in the Brexit border issue should watch bBC2 : The Troubles: the life after. You will see why the border issue is so complex and why it is about people not customs or VAT really

I have never watched anything like it - phenomenal documentary by Niamh Kennedy and Brian Hill with poetry from ⁦@NickLaird⁩ Troubles: The Life After: https://t.co/sG3VMa2GXI via @bbciplayer

#Troubles the life after, Watching the saddest programme you'll watch all year. 30 plus years of senseless violence and loss. @BBC

Powerful TV on BBC2 tonight, in Troubles The Life After. Boris and Rees Mogg should be forced to watch, Clockwork Orange style, before uttering one more ignorant word about the N Ireland border

Just finished @BBCTwo Troubles: The Life After. Such a powerful and emotional programme. The poetry throughout was 👌🏻