These wonderfully nostalgic films all turn 20 this year

While there's plenty of exciting new films to look forward to in 2016, there's no denying the appeal of watching an old favorite during a lazy afternoon.

With this in mind, here are a few films that will be two decades old in 2016. Jaysus, we feel ancient.

Watch it again because: The sequel is coming soon and everyone needs to remember just how scary Begbie is.

Watch it again because: Just stay out of my way... or you'll pay! LISTEN to what I say! Hey, why don't I just go eat some hay, make things out of clay, lay by the bay? I just may! What'd ya say? 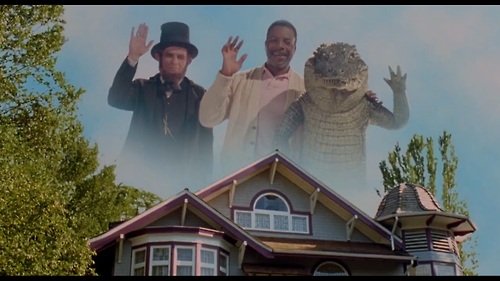 Watch it again because: It's still money and Vince Vaughn hasn't changed a bit. Yeah right!

Watch it again because: The aliens are coming this year and we're going to need Bill Pullman's speech to pump us up.

Watch it again because: You might have forgotten just how good the cast is in this film. That soundtrack is also like a hypodermic needle that's full of adrenaline being injected directly into your heart.

Watch it because: I tell you, Billy Loomis was framed. Na, not really but it's still a wonderful example of the pop-culture chic from '96.

A Time to Kill

Watch it again because: 'Making A Murderer' has gripped us all but this is still one of the best courtroom dramas from the last two decades.

Watch it again because: Any film that's made by the Coen brothers is absolutely timeless.

Watch it again because: Sometimes it really sucks being an adult. Let's all believe that we can fly again.

From Dusk 'till Dawn

Watch it again because: That wonderful finale when absolute mayhem unfolds.

Watch it again because: Bill Murray will not be beaten. This scene is too funny.

Watch it again because: It's a very patriotic year. It's just a shame that Jonathan Rhys Meyers ruined it all by deciding to shoot 'The Long Fella'.

The Big Reviewski || JOE · The Big Reviewski with Andy Serkis, Squid Game follow-ups & the return of Succession
popular
The JOE Friday Pub Quiz: Week 265
PICS: The man with the biggest penis in the world has one unbelievable problem with it
The 50 most iconic songs of all time* have been revealed
A scene by scene analysis of the most uncomfortable moment in Come Dine With Me history
Ryanair is seeking applicants for "the worst job in Ireland"
Warning after person has bank account cleared out hours after scam text
People think they've figured out the ranking of the viewers on your Instagram Stories
You may also like
2 days ago
5 of the best 2021 movies and shows on Disney+ you might have missed
3 days ago
20 years ago this week we got cinema's best jump-scare of all time
3 days ago
"We've all lost people": Jamie Lee Curtis on Ellen Ripley, Sarah Connor and her iconic Laurie Strode
4 days ago
Jamie Lee Curtis announces plans for 2022 Halloween movie festival in Ireland
4 days ago
Halloween Kills review: One of the most violent horror movies Hollywood has made in years
5 days ago
25 years since its release, here are 25 things you didn't know about the movie Michael Collins
Next Page