The new Marvel blockbuster arrives in Irish cinemas this week.

Nobody has suffered more than Thor.

Over the course of the Marvel Cinematic Universe, he couldn't save his mother from being killed (in Thor: The Dark World), then his father died (in Thor: Ragnarok), then his best friend and his brother were murdered (both in Avengers: Infinity War) and some of his Avengers co-founders (in Endgame), plus the love of his Jane Foster (Natalie Portman) dumped him in-between movies.

END_OF_DOCUMENT_TOKEN_TO_BE_REPLACED

Worst of all, he had to suffer through a few movies which weren't quite sure what to do with the Shakespearian-tinged God of Thunder.

It wasn't really until director Taika Waititi brought a manic, day-glo energy to Ragnarok that there was really a sense that someone finally got Thor. Or more specifically, got Chris Hemsworth.

In every aspect, Hemsworth has all the qualities of a proper movie star: he's a ridiculously handsome, charming hunk of a man, with proper acting talent and some incredible comic timing. Waititi put all of that to good use in Ragnarok, more so than anyone else in Hollywood has (which goes some way to explaining why Hemsworth hasn't really had a single hit outside of the MCU), so hopes were high that Thor: Love and Thunder would recapture that magic.

To that end, we've got some good news and some bad news. 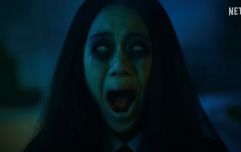 END_OF_DOCUMENT_TOKEN_TO_BE_REPLACED

It is clear that Marvel has given Waititi some extra rope to be even more creative with some of the characters and visuals and jokes, with a lot of his innate quirkiness paying off extremely well. However, there must have been some edict passed down from on high to also make this as family-friendly as humanly possible.

So what we get is a very weird clash of tones, the unstoppable force of Ragnarok's weirdness colliding with the immovable need to make sure it doesn't completely freak out the kids in the audience.

Picking up from the events of Endgame, Thor is travelling across the universe with the Guardians of the Galaxy, but that potentially very fun combo is ditched within the first ten minutes. Star-Lord (Chris Pratt) wants Thor to find his own direction in life, instead of just wandering from one battle to the next, with seemingly nothing to live for. 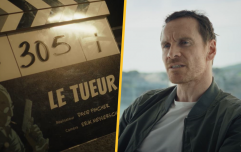 END_OF_DOCUMENT_TOKEN_TO_BE_REPLACED

Word starts to spread about someone named Gorr The God Butcher (an appropriately creepy and intimidating Christian Bale) who is - as the name would suggest - killing all of the gods, and we find out that his next target is the Asgardians.

As New Asgard is now on Earth, Thor heads there, reuniting with King Valkryie (Tessa Thompson, as fun as ever) just as Gorr has begun an attack on the town. It is here that he also reunites with Jane Foster, who has managed to reassemble Thor's smashed hammer Mjolnir and become the Mighty Thor herself.

Gorr retreats from the attack, but takes something very valuable with him, so Thor, Valkyrie, Jane and Korg (Taiki Waititi) head off in pursuit. Unlike the first two Thor movies, this time they've actually given Portman some acting to do AND some action to be a part of, and it is clear she's having a ball with both.

The rest of the movie is essentially a chase movie, with the good guys stopping off here and there asking for help, or trying to figure out Gorr's ultimate plan. We get some very entertaining pit-stops, such as the visit to Zeus himself (Russell Crowe, swinging for the fences with some kind of accent), but we also get a shocking amount of time spent with... kids.

Yeah, there is an entire subplot involving the young kids of New Asgard, the forward momentum comes to a shuddering halt each and every time to check in on them. Constant scenes of Thor telling the young Asgardians how brave they all are, and how they can all be great warriors one day, and blah blah blah. You'll be actively zoning out, waiting for Bale to return to creep everyone out again.

There is also a weird lack of memorable action to be found throughout, too. Ragnarok wasn't exactly overflowing with huge set-pieces either, but it at least had the Thor vs Hulk fight, and everything on the rainbow bridge at the end. Here, it is Thor and co. fight Gorr, and then later... Thor and co. fight Gorr again... Cool?

At least the movie is still mostly as funny as last time, with a special shout out to a pair of intergalactic goats that are guaranteed to become immediate fan favourites. And where else are you going to see Oscar-winner Natalie Portman get into a sword-and-hammer fight with Oscar-winner Christian Bale?

There is sa lot of fun to be found here, but the confident swagger has been slightly lost. For a movie about a superhero trying to find some direction in life, it makes a certain kind of sense that the movie surrounding him is suffering from the same problem.

popular
20 years ago, one of the best sci-fi movies of the 21st century was a box-office bomb
Peter Kay moved to tears on stage while opening his first stand-up tour in 12 years
Mia Khalifa claims seaside town is better than Miami
U2 drummer Larry Mullen Jr. says band may perform without him in 2023
Patient arrested after switching off roommate's ventilator because it annoyed her
The JOE Movie Quiz: Week 182
Simon Cowell concerns fans with appearance as they 'don't recognise him'
You may also like
23 hours ago
The JOE Movie Quiz: Week 182
2 days ago
Here's the line-up for tonight's episode of The Graham Norton Show
2 days ago
Bad Sisters stars snap back at New York Times article that called them British actors
2 days ago
Orange is the New Black actor Brad William Henke dead aged 56
3 days ago
An Oscar Best Picture winner is one of the movies on TV tonight
3 days ago
Simon Cowell concerns fans with appearance as they 'don't recognise him'
Next Page