A tribute to a superb piece of TV.

There are certain moments when you're watching a TV show that change everything. It could be a scene or a line, but after you've experienced it and let everything sink in, you know that it will stay with you forever.

For Rick and Morty fans, that moment arrived three years ago today and in my view, it still ranks among the greatest TV moments of the decade.

END_OF_DOCUMENT_TOKEN_TO_BE_REPLACED

Heartbroken and staring into a nihilistic pit of despair, the smartest man in the multiverse turns his back on his family and walks towards the only place where things make sense, the garage.

Drinking to null the pain of loss, Rick reaches for a device of unspeakable doom. After seeking comfort in the embrace of an alien that's crying out in pain, he then kills it just to feel something.

Moments later, Rick tries to end his own life but it doesn't work. Life goes on.

In just 88 seconds of TV, the audience is given a haunting and tragic insight into the mind of Rick Sanchez. It's a gut punch of such raw power that it flips your entire perception of the show on its head.

As the haunting lyrics of Chaos Chaos - Do You Feel It? play out, you know that Rick and Morty will never be the same as it once was.

Granted, the show has always had elements of darkness and despair throughout, but there's something incredibly powerful of that final image of Rick - passed out in the garage for an entire day with nobody checking in on him - as Jerry just goes about his daily business with his newfound Weed Whacker.

Yes, Rick's sociopathic, violent and a genius, but there's one thing that's often overlooked— he is desperately lonely.

In fact, because he's the smartest man in the universe, he might very well be the loneliest person alive too.

Rick can create portals, turn himself into a pickle and travel through dimensions, but he still can't figure out the mysteries of his own mind and heart. Without the stimulus of others, he edges towards the brink and almost doesn't return.

Depression, loneliness and sadness can take anyone.

END_OF_DOCUMENT_TOKEN_TO_BE_REPLACED

As the track by Chaos Chaos states "Some days I'm built of metal, I can't be broken, But not when I'm with you." In many ways, the same can be said of Rick whenever he's around Unity, the collective hivemind and his former lover.

In fact, the entire episode - including the subplot of Beth and Jerry discovering the subterranean alien lair - revolves around the idea that people’s interactions can quickly turn toxic and destructive. Christ, isn't this supposed to be a comedy?

Flashback to the ten minutes before that jaw-dropping scene.

Welcome to the world of Rick and Morty. 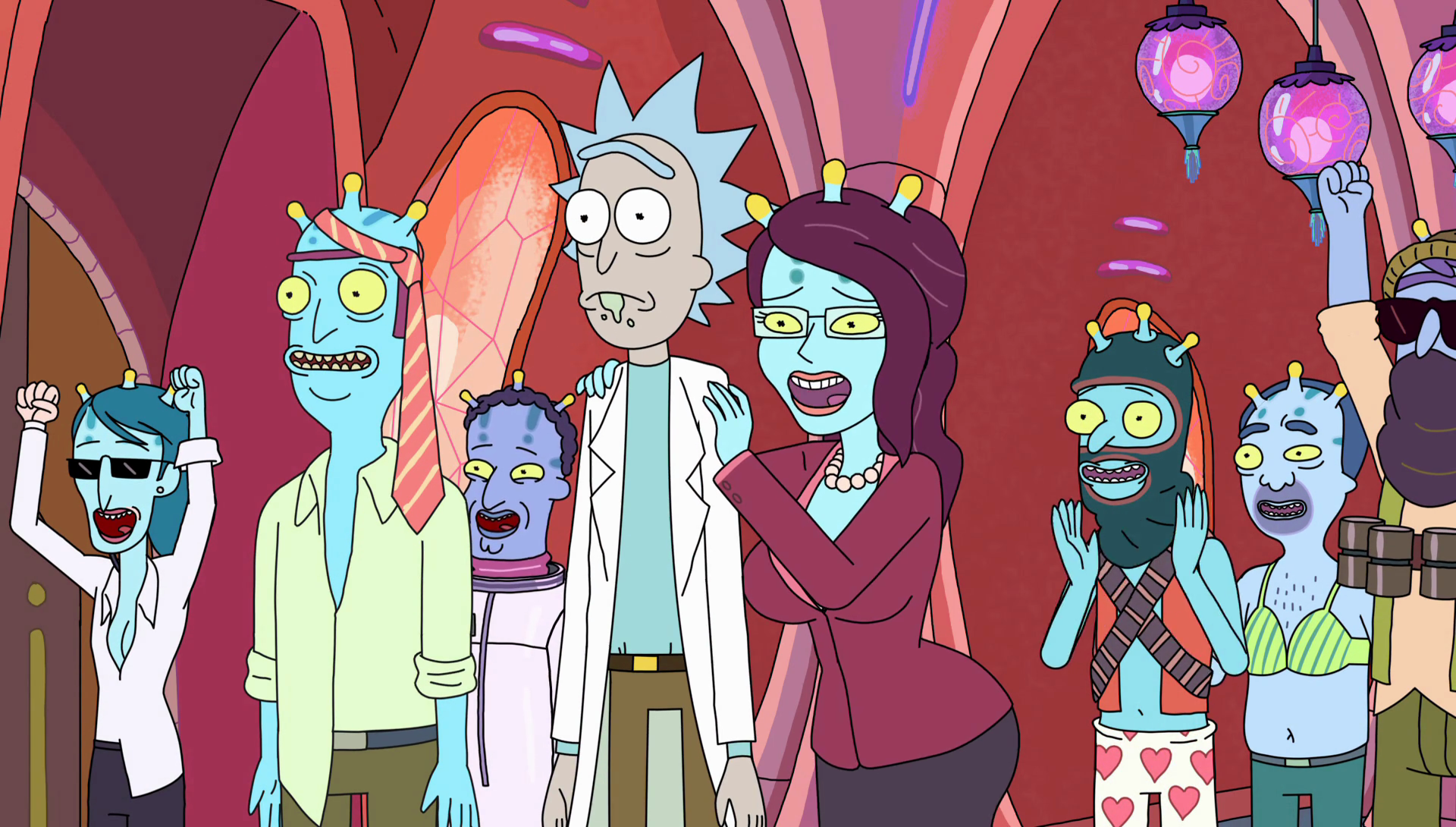 Aside from the hilarious gags, wonderful pop-culture references and the wild imagination of its creators, this heart-breaking scene does the impossible - it shakes the audience to its very core. That final scene is one of those moments that just stays with you and consumes your thinking for the next few hours.

This being said, the warnings were there.

Throughout the episode, we touched on Beth’s abandonment issues, Rick's desire to feel like he's part of a collective, and the self destructive behaviour of this new couple.

Hell, there's even a little glimpse of the exact same alien that he kills at the start of the episode.

"If I wanted to be sober, I wouldn’t have gotten drunk", said Unity but it's also an ominous hint at what's in store- if Rick wasn't drunk then he might not have passed out and escaped death.

After ignoring Summer’s request to return to Dimension C-137, it's clear that this couple only bring out the worst in each other. Facing into that crushing truth, this stunning piece of TV unfolds.

It's the perfect blend of character development, music and emotion.

Do you feel it?

House of Rugby Ireland · Munster can't beat Leinster, Six Nations squad and John Cooney interview
popular
Holly Willoughby criticises influencer for travelling to Dubai during pandemic
Here are the best movies on TV tonight
QUIZ: Can you name all of these countries just from one of their cities?
New Zealand set to close its borders for the entirety of 2021
Lidl to open six new stores and create 1,200 jobs in Ireland over the next year
Leo Varadkar says if Ireland introduced mandatory hotel quarantine, it would have to do so for a year
Five things we definitely do not want to see in the new Harry Potter TV series
You may also like
2 weeks ago
The top 10 most watched programmes on Irish TV in 2020 have been revealed
2 weeks ago
This Morning interview with Graham Norton goes disastrously wrong
3 weeks ago
Bridgerton streamed by 63 million households in record-breaking Christmas for Netflix
3 weeks ago
Tanya Roberts alive despite reports of her death, confirms representative
3 weeks ago
Netflix’s new true crime documentary examines one of the most infamous serial killers in US history
3 weeks ago
Former Love Island star Zara Holland charged in Barbados for breaching Covid-19 rules
Next Page