The Tinder Swindler review: Exactly the kind of documentary Netflix should be making

Arguably the best documentary on the streaming service in the last few years.

Netflix has had a bit of a documentary problem lately.

It is almost a year to the day since the release of The Vanishing at the Cecil Hotel, a four-part doc-series with a gripping trailer and attention-rattling central plot, but the end result was the perfect encapsulation of everything wrong with Netflix documentaries of late: too long, too meandering, very unsatisfying conclusion.

END_OF_DOCUMENT_TOKEN_TO_BE_REPLACED

Even the recent release of Tiger King 2, which was the closest thing you could imagine to being a sure-fire hit in the documentary genre, resulted in some of the worst reviews of any of the releases in Netflix's streaming history.

Too often, it feels like new Netflix documentaries are caught up in getting people talking about the great, succinct trailers, only for the final product to roll on interminably, hoping the viewers will keep clicking that "Watch Next Episode" prompt in order to keep the minutes on site racking up.

Which is why it brings us great joy to say that The Tinder Swindler is exactly the kind of documentary Netflix should always be making. A two-hour long feature film, revolving around a hot-button topic, made by some of the best talent in the genre; this is the best entry in the genre for Netflix since 2019's FYRE: The Party That Never Happened. 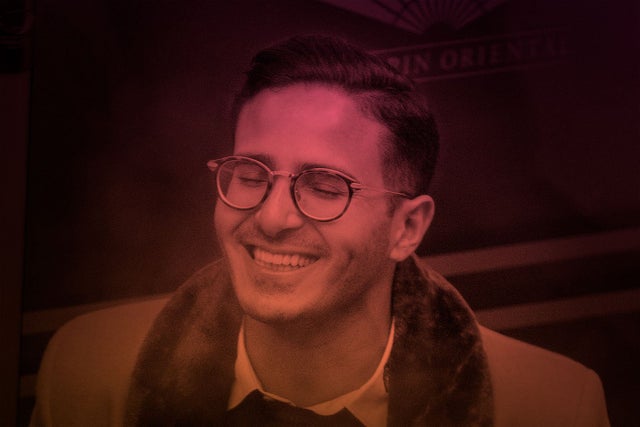 END_OF_DOCUMENT_TOKEN_TO_BE_REPLACED

The entire story centres around Simon Leviev, the handsome and charming son of a multi-billionaire diamond magnate, i.e. exactly the kind of person you would never expect to find out Tinder.

However, a number of women found they had matched with him on the dating app, each of them immediately swept off their feet with a first date involving five-star hotels, incredibly expensive food, and, on some occasions, international travel. Remember that episode of Friends when Monica went on a date with Pete Becker and he took her to Rome? That, except in real life. Simon was paying for everything, giving these women no reason to question his wealthy background.

It is only after a couple of weeks, following a series of hints and nods that the Leviev family have some dangerous enemies out there, that the rug finally gets pulled on these women, and each of them in slightly different ways. But the end result is always the same: the women are suddenly left in serious debt while Simon continues to live his lavish lifestyle in another part of the world.

Like all good documentaries, The Tinder Swindler isn't just about what it claims to be about. Yes, it is first and foremost a revealing narrative about a conman, but it is also about how the modern world has made it so much more difficult to find a true connection, while making it that much more easier to be taken advantage of emotionally, psychologically, financially, sexually, etc.

END_OF_DOCUMENT_TOKEN_TO_BE_REPLACED

Executive produced by Bart Layton (the man behind arguably the greatest conman documentary of all time, The Imposter), the film has a slick, David Fincher-y vibe to it, jumping from city to city with gorgeous vistas of some of the most beautiful and opulent parts of the world. It delivers to you a 2022 version of a rich prince arriving to sweep these women off their feet, making it all too believable as to how they could've fallen for him.

And most importantly: it is brief. Two hours, done. No pointless wandering down dead-end sub plots, no talking heads trying to discern hidden meanings into his actions. It involves solely the people directly involved with the story, cutting out any and all fat along the way, keeping the pace of break-neck thriller.

The Tinder Swindler arrives on Netflix on Wednesday, 2 February.

popular
5 years ago, Hollywood took a massive gamble on a huge sequel... and lost big time
Netflix has just added 12 very big movies to their library
One of the most underrated crime thrillers of recent years is among the movies on TV tonight
Mystery over 'dead husband' spotted in Indian restaurant has been solved
Netflix backtracks on anti-password sharing measures following user outcry
The JOE Friday Pub Quiz: Week 332
QUIZ: JOE's Big News Of The Day Quiz #40
You may also like
9 hours ago
Can you ace this ultimate Brendan Fraser quiz?
1 day ago
Dave Bautista and Jason Momoa's 'Lethal Weapon' style buddy cop movie set to shoot next year
1 day ago
Netflix backtracks on anti-password sharing measures following user outcry
1 day ago
40 years ago, a sci-fi horror with one of the best special effects of all time was released
2 days ago
Irish animation studio to make new episode of Star Wars show
2 days ago
One of the best prison films of all time is among the movies on TV tonight
Next Page