Yep, on 15 September 1977, Edward Thomas Hardy (yep, his actual name is Edward) was born in London, and today he is considered one of the best actors of his generation.

To celebrate the day, we're taking a look at the career paths not quite taken. For while he has had mega hits like Inception, The Revenant and The Dark Knight Rises, there have been other projects that - for one reason or another - didn't quite work out.

END_OF_DOCUMENT_TOKEN_TO_BE_REPLACED

Yep, Hardy was initially part of this bad-guy collective, but instead of playing one of the super-villains, he was lined up to play Rick Flagg. However, when the shoot on The Revenant run over schedule by months and months and months, he was forced to bow out, and was replaced by his Child 44 co-star Joel Kinnaman.

Not to be confused with the 2015 movie of the same name, Hardy was lined-up to play George Mallory - who took part in the first British expeditions to reach the peak back in 1924 - for director Doug Liman (Edge Of Tomorrow, The Bourne Identity), but he dropped out, most likely in reaction to the other Everest made getting made first, and director Liman moved on to American Made with another, different Tom.

Tom was apparently the front-runner to play John Connor opposite Arnie (who has also turned down some majorly big roles over the years) in the 2015 sci-fi sequel, but lost out to his Lawless co-star Jason Clarke, who, ironically, would then go on to play a major role in that other Everest movie. 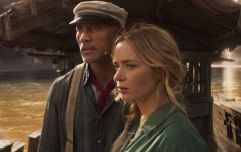 END_OF_DOCUMENT_TOKEN_TO_BE_REPLACED

Takashi Miike (Audition, 13 Assassins, Ichi The Killer) is one of those directors that if he expresses an interest in working with you, you drop everything and you do it. He had planned on making his English language debut The Outside back in 2013 with Hardy in the lead role, but when Miike eventually dropped out of the project in favour of working something else back in Japan, then Hardy dropped out too.

Hardy was set to reunite with his Bronson director Nicolas Winding-Refn (who went on to direct Drive) to tell the story of Crowley, a man who was described in the early 20th century British press as "a black magician, drug fiend, sex addict, and traitor to the British people". Sounds like the exact kind of role Hardy would lap up, but the stars have not aligned for the production ... yet.

He was SOOOO close to playing Mr. Darcy in Joe Wright's 2005 version of the Jane Austen classic, the eventual woo-er (that's a word, right?) of Keira Knightley. The role went to Matthew Macfayden, and apparently Hardy was devastated, telling The Telegraph back in 2009 that a studio head told him: "Babe, every woman in the world has an impression of who Darcy is and you’re just not it." END_OF_DOCUMENT_TOKEN_TO_BE_REPLACED

Hardy was initially to play opposite Johnny Depp in the true-crime mobster epic, taking on the role of John Connolly, but again, due to scheduling conflicts with The Revanant, he had to step aside. Joel Edgarton, his co-star/brother in boxing drama Warrior, took his spot.

The Big Reviewski || JOE · TBR Spotlight: Loki - Episode Six - 'For All Time. Always.'
popular
Only Murders in the Building is a must-watch for fans of true crime podcasts
Dublin pub hit with 'about 50 or 60' fake bookings on first day of indoor service
People think they've figured out the ranking of the viewers on your Instagram Stories
The 50 most iconic songs of all time* have been revealed
Pro Evolution Soccer has been killed off after 26 years
QUIZ: How many of these famous erect landmarks can you recognise?
PICS: The man with the biggest penis in the world has one unbelievable problem with it
You may also like
12 hours ago
WATCH: We're reintroduced to some classic characters in new Ghostbusters: Afterlife trailer
16 hours ago
MTV is looking for Irish people to take part in the new season of Catfish
17 hours ago
Universal spending $400 million on a new Exorcist trilogy featuring some of the original cast
1 day ago
The 10 must-watch new (and old) arrivals on Disney+ this August
1 day ago
Chucky is back and as murderous as ever in the first trailer for his new TV series
1 day ago
The full list of all the new shows and movies coming to Netflix in August
Next Page