A simpler time when a man hailing from Navan was the coolest secret agent the world had ever known. 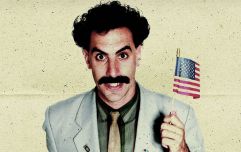 END_OF_DOCUMENT_TOKEN_TO_BE_REPLACED

It's fair to say that his next bite at the cherry wasn't quite as fruitful.

There's something of the 'difficult second album' about Tomorrow Never Dies, largely thanks to a pretty ridiculous story and a general flat atmosphere courtesy of director Roger Spottiswoode.

Tempting as it might be to revise this adventure as Brosnan's most underrated hour in the famous tuxedo, the reality is that Tomorrow Never Dies is a bit of a mixed bag when rewatching 20 years later. So, how does it all break down, then? 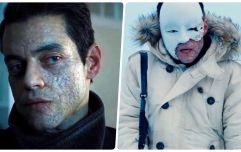 END_OF_DOCUMENT_TOKEN_TO_BE_REPLACED

He's let down by weak material and a shocking amount of terrible puns - more on that later - but he's more than comfortable in shoes that he had waited a long time to fill.

Whether engaging in casual murder, defying death with ease or riding a motorbike one-handed, you will believe that a man born in Drogheda could be the smoothest dude around.

A round of applause for Sheryl Crow, please. 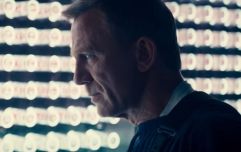 END_OF_DOCUMENT_TOKEN_TO_BE_REPLACED

'Tomorrow Never Dies' is an absolute belter. Brosnan had it good music-wise during his run as 007, with Tina Turner and Garbage pitching in with excellent efforts - we'll kindly pretend that the Madonna one never happened - but Sheryl Crow's rousing title effort doesn't get enough love.

The pop-folk-blues singer may have seemed a left-field choice for taking on a Bond theme, but she brought it and then some, beating out competitive efforts from Pulp, Marc Almond and Saint Etienne.

Admittedly the sequence in which Bond uses his phone to control a car is a bit "We now go live to the product placement garage for set piece #3!" but it's still wildly entertaining vintage Bond antics.

The above scene lasts for a little under three minutes. Shameless. Still, the remote control car is a pretty enjoyable addition to Q's gadgets, even if you can spot the stuntman crouching down during the parking lot battle.

Jonathan Pryce is a terrific actor. His turn as the High Sparrow on Game of Thrones is proof of his ability to find depth and humanity in even the most over the top characters. Elliot Carver… well, not so much.

You can’t blame the guy for hamming it up when tasked with playing a Bond villain, but his not-so-subtle riff on Rupert Murdoch isn’t one for the books.

Literally breathless from his first appearance, Carver is a wildly drawn cartoon.

Not only that, but he exits the film with the weird distinction of being killed off before his henchman, the decidedly less charismatic Mr Stamper.

As for his random kung fu racism flourish towards Michelle Yeoh at the end? Awkward then, painful now.

Absolutely absurd. Yeah, yeah, it's a Bond movie and we're not asking for complex high art here, but c'mon! The media could never facilitate a madman's rise to power, right? Oh.

The idea of a crazed media baron causing high profile murder and mayhem for ratings isn’t terrible, but it feels weirdly small time for Bond to be bothering himself with.

One fight sequence in Tomorrow Never Dies may as well have 1960's Batman TV show graphics for company, such are the ludicrous noises that soundtrack the below recording studio scuffle:

Just try suspending your disbelief when the sound department plump for sound effects straight out of an episode of Tom & Jerry.

Bond: [after throwing a henchman into a printing press] "They'll print anything these days."

Bond: "I may have some breaking news for you, Elliot."

Bond: "You forgot the first rule of mass media, Elliot! Give the people what they want!"

If we can get all Troy McClure for a moment, you might remember him from such films as One Flew Over the Cuckoo's Nest, Batman Returns and, er, Casper Meets Wendy.

A globe-trotting assassin with a penchant for torture - he's also especially good at the celebrity overdose, apparently - Dr. Kaufman is a formidable foe for Bond, and a weirdly laughable one, too.

Initially presented as a deadly threat, he's quickly reduced to awkward comedy, the effect feeling like he's been parachuted in from a different film altogether.

Still, his presence does gift an all-timer ice-cold Bond moment as Kaufman begs for his life with the tables finally turned:

Kaufman: "Wait! I am just a professional doing a job."

And that's all she wrote for one of the more memorable one-scene Bond characters.

Look, there's no point in going all CinemaSins and trying to apply mundane real world logic to a James Bond film so we won't do that, but it needs to be said that Tomorrow Never Dies takes the piss to an extreme degree regarding the health and safety of everyone's favourite sharp-suited killer.

Frankly, Bond shouldn't escape the pre-credits sequence alive. He's in the open, surrounded by heavily-armed terrorists as he sprays a machine gun wildly in all directions. Not a hope, mate.

As for the bit where he and Michelle Yeoh leap out of a skyscraper window and para-sail down a banner of Carver's face... again, not happening, mate.

None of the other Bonds do it. What's up with that, Pierce?

A young Gerard Butler has about two lines as 'Leading Seaman' on the doomed HMS Devonshire.

Was there a video game?

Was it any good?

Released two years after the film, Tomorrow Never Dies on the Playstation was an ugly and awkward affair.

Goldeneye 007 is one of those rare perfect moments in gaming history, so you feel for whatever came along next - we’re side-stepping 1998’s James Bond 007 on the Game Boy here - but Black Ops Entertainment’s effort is a mess.

Switching from first to third person was the first obvious mistake, as was leaving out a multiplayer option.

Despite featuring just 10 levels, the game gets old pretty fast as you struggle through broken controls and a camera that hates you in order to power through a slapdash plot.

Seriously, just fire up Goldeneye instead. Maybe the film, too.

popular
Sinn Féin affordable housing bill passed as Government forgets to vote on its own counter-motion
TV reporter rescues stolen dog live on air while reporting on its theft
10 bad movies that actually got good reviews when they were released
The 50 most iconic songs of all time* have been revealed
Negative review of Shrek on its 20th anniversary sends Internet into meltdown
Aer Lingus to permanently close its base at Shannon airport
Irish mother soothes crying baby to sleep by playing Mark McCabe's Maniac 2000
You may also like
1 month ago
Creators of new 007 game confirm it won't be based on any pre-existing Bond story
6 months ago
Sean Connery has passed away, at the age of 90
1 year ago
Release of new James Bond film No Time To Die postponed due to coronavirus concerns
1 year ago
Behind-the-scenes footage reveals more of the incredible stunts in No Time To Die
1 year ago
Billie Eilish weighs in on who should be the next James Bond
1 year ago
Behold, the new Bond theme as performed by Billie Eilish
Next Page