No one deserves it more.

They haven't even been famous 24 hours yet but the two DJing brothers from Friday night's Toy Show have already stolen the public's hearts.

The nation loved DJ Calum and his hype man Jackson so much that the pair have already been offered their very first gig.

END_OF_DOCUMENT_TOKEN_TO_BE_REPLACED

Calum was in control of spinning the decks while his brother Jackson's job was to get the audience pumped, which he certainly did a great job doing.

Joined on the show by other children in colourful costumes, the duo's performance - which you can watch below - was one of the most memorable.

That said, it only got better when the pair returned for the parade or bikes, go karts and everything in between.

Dublin radio station FM104 has now reached out to the boys on Twitter to see if they would like to collaborate on a new project.

"Hi DJ Calum and hype man Jackson. We'd love you to DJ and hype on FM104 next Saturday evening from 6pm til 7pm if you're up for it! Let us know," it wrote.

We'd love you to DJ and hype on @FM104 next Saturday evening from 6pm til 7pm if you're up for it! 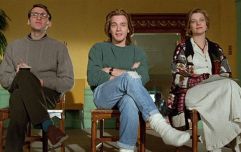 A gripping '90s thriller is among the movies on TV tonight

END_OF_DOCUMENT_TOKEN_TO_BE_REPLACED

But they weren't the only ones as DJ and music producer Marty Guilfoyle has also reached out to the brothers after seeing their talent on the show and wants to make music with them.

He tweeted: "I currently have my people contacting DJ Calum’s people to discuss a collab. #watchthisspace #LateLateToyShow."

I currently have my people contacting DJ Calum’s people to discuss a collab. #watchthisspace #LateLateToyShow 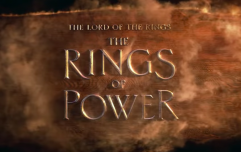 END_OF_DOCUMENT_TOKEN_TO_BE_REPLACED

On top of his DJ skills, we all remember Calum's face as one kid belted out 'Ave Maria' in Italian.

To say Calum was well impressed would be an understatement.

It was when Fergal let out the beautiful song, Calum couldn't help but pull some exaggerated shocked expressions while getting his younger brother's attention in disbelief.

popular
Amazon Prime Video has quietly added 18 big releases to its library
WATCH: This foul-mouthed argument proves the Irish language is alive and well
Man charged in connection with the murder of Ashling Murphy
60 jobs available on Stena Line with 50% of your time spent not working
WATCH: Prime Video reveals teaser trailer for its epic Lord of the Rings series
Marvel actor Gaspard Ulliel passes away aged 37 in ski accident
QUIZ: We bet you can't name all of these countries from their outlines
You may also like
17 hours ago
Marvel actor Gaspard Ulliel passes away aged 37 in ski accident
20 hours ago
Willem Dafoe has an incredible pitch to team up with Joaquin Phoenix for Joker sequel
1 day ago
New HBO comedy series looks like a must watch for Flight of the Conchords fans
1 day ago
Euphoria fans delighted after learning Fezco's Irish connection
1 day ago
Moon Knight could be leading directly into Marvel's scary version of the Avengers
1 day ago
A much-loved Matt Damon sci-fi is among the movies on TV tonight
Next Page