Just as dark as you'd expect.

Netflix has decided to mess up our day by releasing the trailer for Mindhunter's second season.

The crime-psycho-thriller-drama's second season will see the return of murderer Ed Kemper, but it will also deal with Charles Manson - played here by Damon Herriman, who also played the cult leader in Quentin Tarantino's Once Upon a Time in Hollywood. 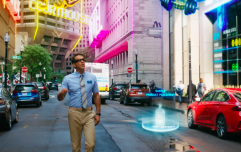 END_OF_DOCUMENT_TOKEN_TO_BE_REPLACED

Based on true events, Season 2 will follow Holden Ford (Jonathan Groff) and Bill Tench (Holt McCallany) as they work to solve a spate of child killings in Atlanta between 1979 and 1981, and try to bring the Son of Sam serial killer to justice.

The trailer certainly makes it look just as harrowing as it sounds.

The season is set to drop on Netflix less than two weeks from now, on 16 August.

END_OF_DOCUMENT_TOKEN_TO_BE_REPLACED

The series is directed by David Fincher - famous for some of cinema's best creepy films like Se7en, and Gone Girl - as well as Andrew Dominik (The Assassination of Jesse James by the Coward Robert Ford) and Carl Franklin (The Leftovers, House of Cards).

popular
Amazon Prime Video has just added 21 big movies to its library
The 50 most iconic songs of all time* have been revealed
One of the best crime thrillers ever is among the movies on TV tonight
Here is a list of every Bank Holiday in Ireland in 2023
Nicola Bulley's phone found by the river 'could be a decoy', diving expert suggests
Mark Hamill on the one piece of dialogue he got removed from the original Star Wars
Teenager killed in shark attack after swimming with dolphins in Australia
You may also like
3 days ago
5 years ago, Hollywood took a massive gamble on a huge sequel... and lost big time
4 days ago
Netflix has just added 12 very big movies to their library
5 days ago
Netflix has just added one of the funniest shows of the last 10 years
6 days ago
Netflix unveils first details of new anti-password sharing measures
6 days ago
Spielberg's best movie is among the movies on TV tonight
6 days ago
This week's Late Late Show is a Eurovision 2023 special
Next Page