Three little letters that signal the height of music on MTV.

Based in the newly opened MTV studios in Times Square in New York City, Total Request Live, or TRL, as it was known more commonly at the time, was a must-watch for music mad teenagers.

It featured interviews with the biggest stars and played exclusive videos from the likes of Britney, Eminem and Backstreet Boys in the early 90s and noughties as well as the mid-2000s.

END_OF_DOCUMENT_TOKEN_TO_BE_REPLACED

Carson Daly was at the helm of TRL for nearly five years and is still the person that comes to mind when you say those famous three letters.

When Daly left, the show began to take a downwards spiral and went through as many presenters in its remaining five years.

However, nostalgia will block out those bad moments from the show in your head and will instead get you excited for the news that the show is returning to MTV in October.

According to the New York Times, MTV president Chris McCarthy has said that the music show which ended in 2008 will be making a comeback.

Like when it started in 1998, MTV is currently building a brand new studio in Times Square in anticipation for the revival of the show and McCarthy said that TRL will be pushed out to an hour a day (instead of the usual 45 minutes) with the potential to expand to two or three hours.

Sadly, Carson Daly will not be returning as the host of the show and instead, there will be "five fresh-faced co-hosts" at the forefront.

The reboot comes after the music-themed network experienced big dips in their ratings over the last four years and the channel believes that in order to increase those ratings again, they need to appeal to a younger audience. 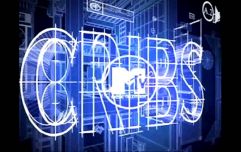 MTV is bringing back its classic show Cribs next month

END_OF_DOCUMENT_TOKEN_TO_BE_REPLACED

In saying that, the show will have unique daily content going up on Snapchat, Instagram and other social media accounts to connect with their target audience but McCarthy hopes that TRL will be enough of a household name to bring the ratings up also.

"MTV's reinvention is coming by harnessing its heritage," said McCarthy to the New York Times but will that work in a world of YouTube and Spotify after almost ten years since the show was last on our television screens?

popular
More counties issued with weather warnings as Storm Barra hits Ireland
Woman in her 90s dies following road crash in Clare
Woman in her 30s injured after falling from balcony in Cork city
Amazon Prime Video has quietly added 8 big new movies to its library
Schools affected by Storm Barra expected to reopen tomorrow, says Minister
An underseen Keanu Reeves adventure is among the movies on TV tonight
Thousands of homes without power due to Storm Barra
You may also like
2 months ago
WATCH: Conor McGregor and Machine Gun Kelly face off at MTV VMAs
2 years ago
A necessary tribute to Pimp My Ride UK, a truly misunderstood piece of television
2 years ago
MTV issues statement as it cancels 10th series of Ex On The Beach
3 years ago
Camila Cabello was the biggest winner of this year's MTV EMAs
3 years ago
The new version of MTV's The Hills will feature a lot of old faces and some actual famous people
3 years ago
MTV are rebooting some of their classic shows, including the fantastic Daria
Next Page