What a character: Why Troy McClure from The Simpsons is a TV great

You may remember him from such medical films as Alice Doesn't Live Anymore and Mommy, What's Wrong With That Man's Face?

This week marked the 20-year anniversary of the day that Phil Hartman passed away.

The extremely talented voice actor and comedian was shot and killed by his wife Brynn, who died by suicide soon after.

A truly tragic end for a man that was, by all accounts, beloved.

Hartman was perhaps best known for his contributions to The Simpsons where he voiced two truly iconic characters - Lionel Hutz and Troy McClure.

Hutz was a shady lawyer (we use the term 'lawyer' very lightly in this case), and was as incompetent a character as we met in Springfield. He is an absolutely hilarious character, but he is not the man that we are paying tribute to here.

We're going to look back at Troy McClure.

Why he's a TV great: Every single time Troy McClure is on screen, you can expect hilarity.

When people think of the classic era of The Simpsons - this is what they think of. The moments where our favourite yellow family would be gathered around the television screen, watching some poorly made documentary starring the man himself. Troy McClure. 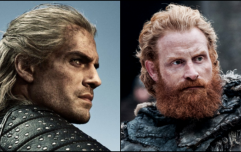 END_OF_DOCUMENT_TOKEN_TO_BE_REPLACED

The shoddily made "educational" movies that he starred in, that were as counter-productive as they were hilarious, are works of art. Just watch one for yourself, and try not to laugh.

Screw it, have another one: 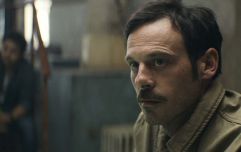 END_OF_DOCUMENT_TOKEN_TO_BE_REPLACED

His take on genetics is so painfully wrong that it's right:

"Have you ever wondered why fat people have fat children? Or why Chinese parents have Chinese children?"

If we could put him in any other show: We wouldn't. But we would throw him alongside Louis Theroux until the end of time. That would change the  meaning of the word 'documentary' forever.

His best quote: "Don't kid yourself, Jimmy. If a cow ever got the chance, he'd eat you and everyone you care about."

Troy McClure, despite not exactly being a Simpsons "regular" was a highlight of every episode he featured in.

In fact, you could make the point that the exact time The Simpsons started to go so drastically downhill was in the aftermath of Hartman's tragic death.