WATCH: The first trailer for Jordan Peele's follow-up to Get Out is here

"There's a family in our driveway..."

We've been waiting for what feels like a very, very long time for the first proper look at Jordan Peele's follow-up to Get Out.

The writer and director of the instantly iconic 2017 racially-focused horror satire is hot property in the wake of that film's monster success and now it looks like he's going to freak us out all over again.

END_OF_DOCUMENT_TOKEN_TO_BE_REPLACED

Us stars Lupita Nyong'o and Winston Duke as a couple who bring their children to their beach house for a relaxing getaway only for things to take a sinister and surreal turn.

As you'll see in the trailer below, the title of the movie takes on some serious disturbing weight when what's really going on is revealed.

We won't spoil the surprise, but it's quite clear that Peele is once again tapping into our innermost fears with the same razor-sharp edge that he wielded in Get Out.

Us lands on 15 March and you can check out the trailer, which uses Luniz' excellent 1995 hit 'I Got 5 on It' to chilling effect, below:

Even the poster is sensational: 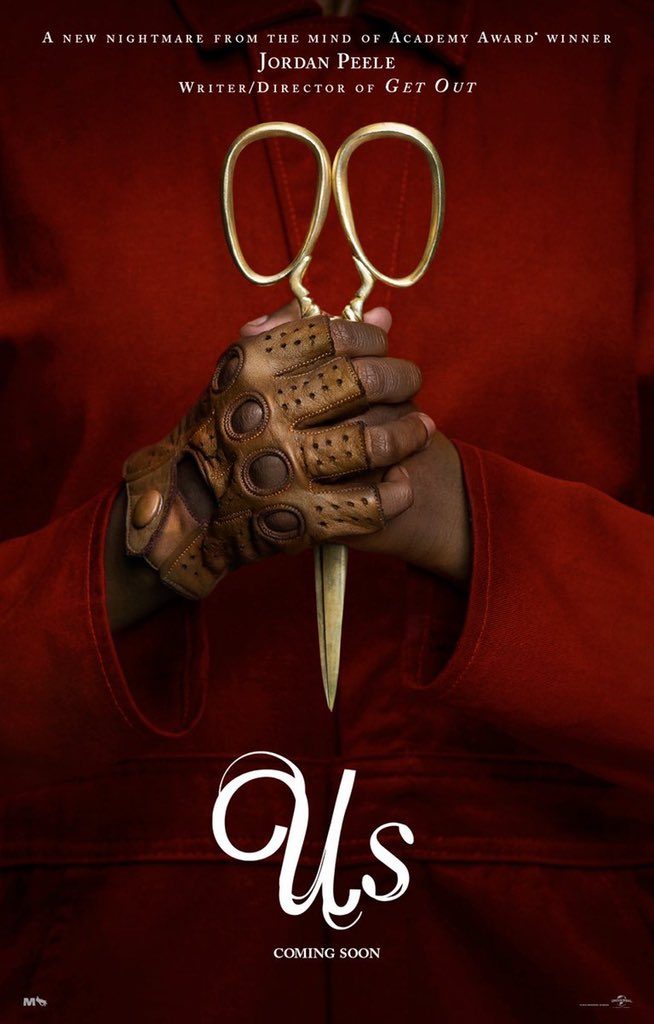