VIDEO: Brad Pitt, Christian Bale, Ryan Gosling and Steve Carell all star in the first trailer for The Big Short

We got starstruck just watching it.

The trailer for The Big Short was released today and boy are there some big names in this one.

The movie, written and directed by Anchorman's Adam McKay, is about the global financial crisis of 2007-2010 and based on a non-fiction book of the same name. 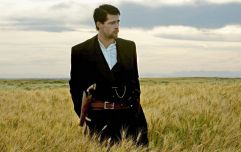 END_OF_DOCUMENT_TOKEN_TO_BE_REPLACED

This fictionalised version sees Christian Bale, Steve Carell, Brad Pitt and Ryan Gosling as men in the finance industry who have noticed that something is not quite right with the behaviour of the banks.

And we all remember how that worked out for everyone.

Check out the trailer here.

The Big Short will be released in Irish cinemas in 2016.

popular
Harvard study reveals how many times men should ejaculate each month to stay healthy
Colin Farrell shouldn't win the Oscar this year
Forspoken breaks the golden rule of gaming... and not in a good way
Conor Mcgregor hit by car ‘at full speed’ while cycling
The 50 most iconic songs of all time* have been revealed
Netflix has just added one of the best sci-fi movies of recent years
Parents left in shock after gorillas start mating in front of kids at zoo
You may also like
5 months ago
Bullet Train director on casting Bad Bunny, arguably the most famous person in the world right now
6 months ago
WATCH: Brad Pitt on why there needs to be an Oscar for Best Stunt
7 months ago
QUIZ: Can you guess these famous Brad Pitt films from just a single photo?
11 months ago
A wickedly dark horror-comedy is among the movies on TV tonight
1 year ago
A legendary Guy Ritchie flick is among the movies on TV tonight
2 years ago
Brad Pitt analyses Trump's Covid-19 comments as Dr. Anthony Fauci in SNL cold open
Next Page