The first season was brilliant, let's hope the second matches it.

If you didn't check out the opening season of HBO's Ballers , then we highly recommend you spend the intervening months catching up before the release of the second season this summer.

The second season of the show is pencilled in for a 17 July release date in the US. 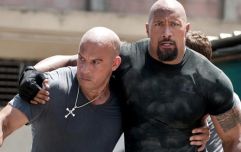 END_OF_DOCUMENT_TOKEN_TO_BE_REPLACED

Ballers follows the lives football stars in America, focusing on former star Spencer Strasmore, played by Dwayne Johnson, as he tries to establish himself as a financial manager for current players.

The series was created by Stephen Gevinson, but it's also executive produced by stars like Mark Wahlberg, Danny Garcia and The Rock himself. 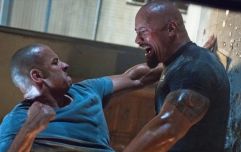 END_OF_DOCUMENT_TOKEN_TO_BE_REPLACED

Below is the latest teaser trailer released for the new season this summer.

Also, just in case you missed the first trailer released in February, we've included that below as well.

popular
A fun '90s action flick is among the movies on TV tonight
QUIZ: Can you name whether all these Irish towns are west or east of the River Shannon?
Ticket prices for concerts set to rise due to inflation
Tax energy companies' profits to help with cost of living crisis, says think-tank
HSE establishes team to monitor monkeypox as virus cases more than double in UK
The JOE Friday Pub Quiz: Week 295
You may also like
2 months ago
Dave Grohl tells incredible story of Foo Fighters' biblical 2015 Slane gig
9 months ago
Dwayne 'The Rock' Johnson says gruesome injury is the reason why he doesn't have six pack abs
10 months ago
Netflix announces release date for Red Notice, their most expensive movie to date
11 months ago
The original choice for Hobbs in Fast Five would have made it a completely different film
1 year ago
The Rock's leg day routine is one of the toughest workouts ever
1 year ago
The JOE Movie Quiz: Week 84
Next Page