Marvel's show goes full creepy horror, and make sure to stick around for the post-credits scene!

We shouldn't really have to warn about spoilers, because everyone should know better by now, but just in case:

Spoilers below for Episode 7 and all previous episodes of WandaVision.

END_OF_DOCUMENT_TOKEN_TO_BE_REPLACED

We've only got two more episodes after this one, which probably goes to explaining why so many answers have been provided here, setting the chess board for what is sure to be a huge grand finale.

So we'll get the more disappointing of the revelations out of the way first: Monica's friend over the ridge wasn't Reed Richards. In fact, we're not sure who Major Goodner is.

We searched through the IMDb page for Captain Marvel to see if she was a character in that movie, and a Google Search for "Goodner + Marvel" brings up nada. So it appears she's just some lady that Monica knows from before the blip. Which, after several episodes of shady references, seems like a let-down.

Turns out it barely matters though, because while we were waiting for Monica to bring another hero into the mix, it turns out the hero was inside her all along. After the space dune buggy gets half-turned into an RV, Monica decides to just throw caution to the wind and break through The Hex herself.

Tensions flare in trailer for new season of F1: Drive to Survive

END_OF_DOCUMENT_TOKEN_TO_BE_REPLACED

After Darcy's warning last week that passing through it so often was essentially rewriting her DNA, we knew something dodgy would arise when Monica eventually went through again, but after she brilliantly passes through several decades of her changing to a person of colour in sit-coms, she arrives on the other side with a blue glow, and what appear to be some super powers.

Also, during that transition, we hear from an old friend...

Wanda is talking to camera, and, treating the expansion of The Hex like a bad hangover, she lets Agnes take the kids for the day while she can recuperate, but finds that the world around her is constantly glitching back and forth between decades. It does seem that she's beginning to lose control of this created reality, perhaps the increased size of the borders of this new world has pushed her powers to their limits. 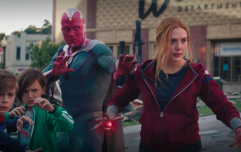 END_OF_DOCUMENT_TOKEN_TO_BE_REPLACED

Vision wakes up in one piece, next to the SWORD camp, which has been warped into a circus. Initially believing she's an escape artist, Vision manages to fritz Darcy's mind back to normality, and the two of them make their way back to Wanda's house.

Along the way, Darcy gives the abrasively bullet-pointed breakdown to Vision of his life so far: Jarvis, Ultron, Wanda killing him to stop Thanos, Thanos reversing time, Thanos killing him in front of Wanda. It all seems a bit harsh, so Darcy tries to mellow that out by saying she truly believes Wanda loves him, but doesn't understand why he can't leave The Hex.

As they make their way, they encounter everything from red lights to road maintenance to school crossings, so Vision gets fed up and decides to just fly his way there, leaving Darcy behind the cake truck. 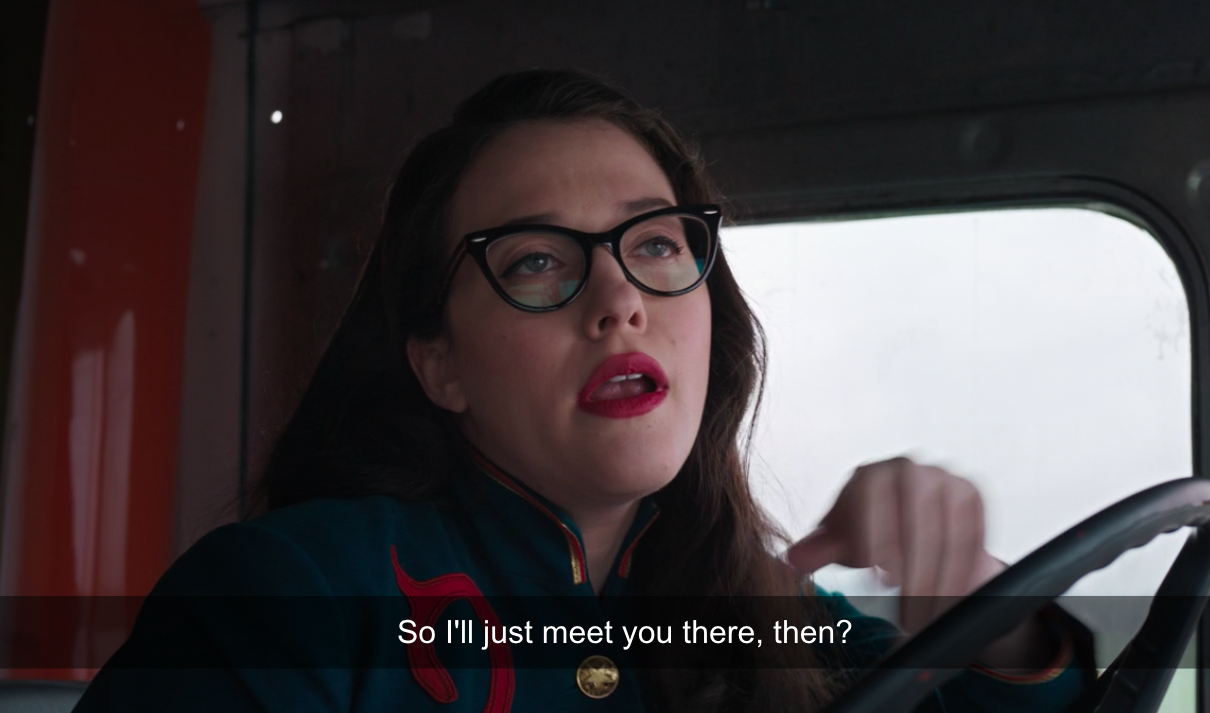 Monica finally arrives at Wanda's house, and Wanda promptly red-widdly-woos here right back out to the street, but Monica uses some of her new blue-widdly-woo powers to land safely. The entire neighbourhood comes to a stand still to watch them hash it out, with Monica pleading for Wanda not to become the villain, to which she replies: "Maybe I already am."

That alone would've been enough to warrant an entire reactionary piece - the idea that Wanda may be the antagonist in a future MCU movie - were it not for what happens immediately afterwards.

Agnes arrives to break up the public spat, and takes Wanda back to her house. Once there, Wanda notices that the boys are nowhere to be seen, and Agnes says they must be playing in the basement. So Wanda decides to go look for them, and the show goes full creepy horror... 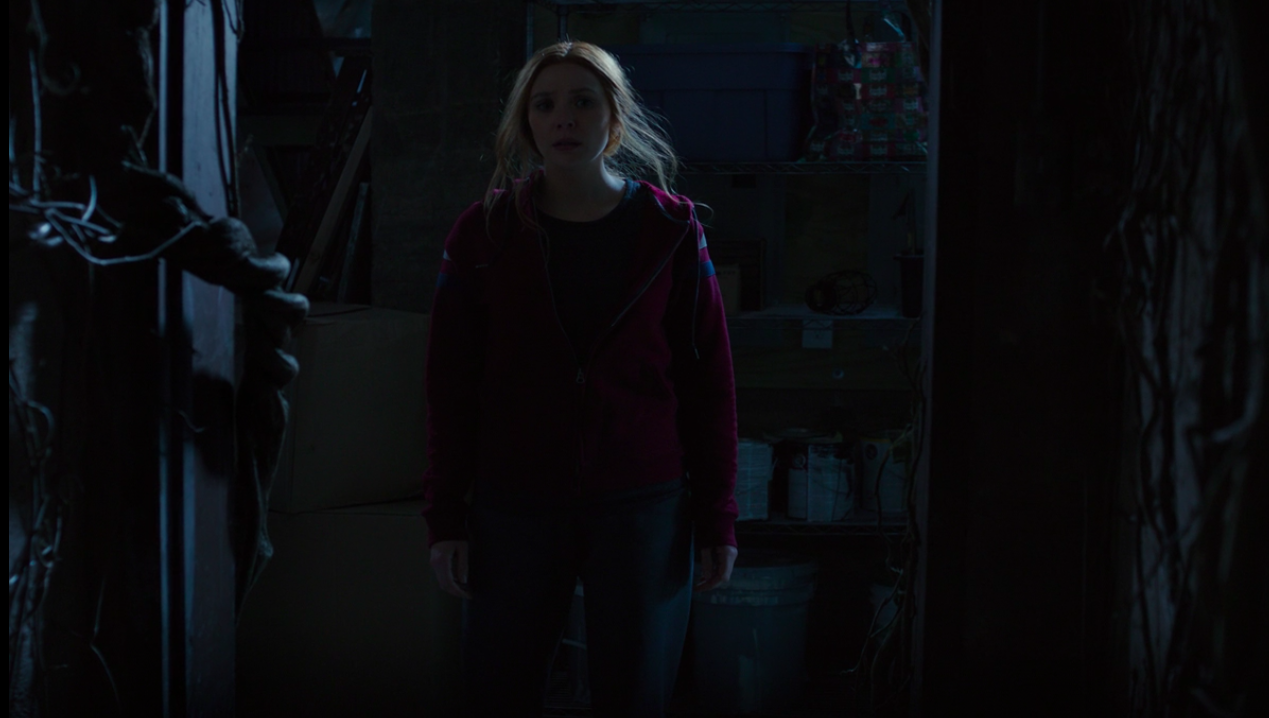 Turns out the entire internet was right, and that Agnes is, in fact, famed Marvel villain Agatha Harkness. She has a long, complicated history with Wanda in the comics, but essentially, she is a very powerful witch, and she dates back to the Salem Trials.

While she still doesn't quite reveal what her overall plan is, it likely involves Wanda and Vision's children, and we do see the opening credits of her own.

Turns out she has been brainwashing the town, bringing (the wrong) Pietro back into the mix, and even killing the family dog! The villainy! 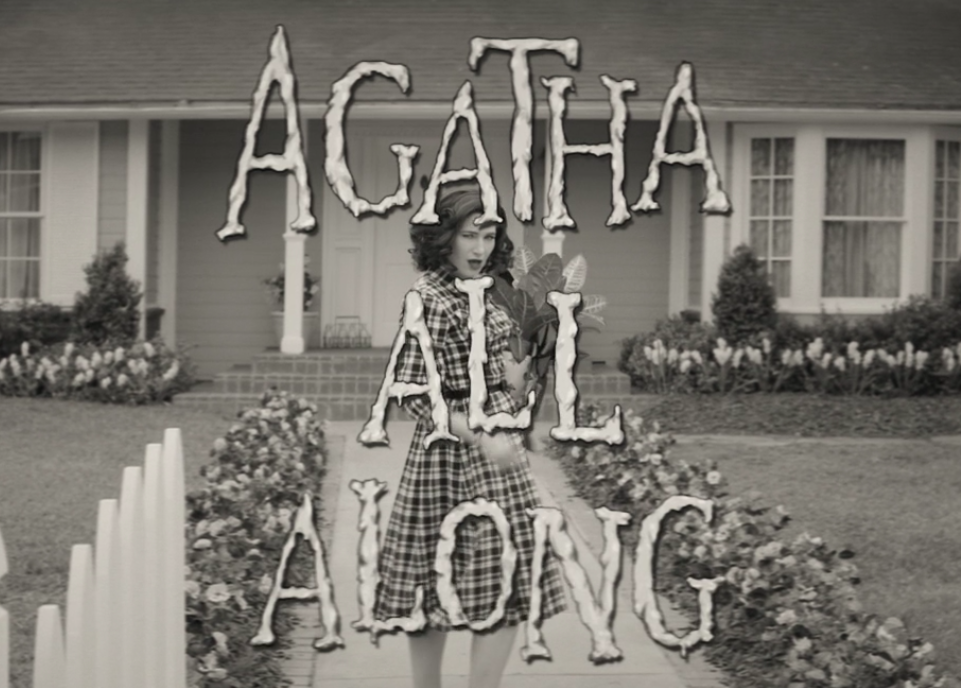 - It turns out that Agent Hayward likely isn't some nefarious villain himself, but just a government douchebag. Operation Cataract was a plan to get Vision back into operation, apparently seeing him as little more than a Sentient Weapon, and as the head of SWORD (Sentient World Observation and Response Department), he probably believes he's doing the right thing.

- During one of her to-camera pieces, Wanda finds herself being asked by the off-camera director: "Do you think maybe this is what you deserve?" We find out later that the director is Agatha, so it would seem that Wanda has done something that Agatha deems punishable.

- Agnes saying early in the episode "I actually did bite a kid once" is hilarious, until the Agatha revelation makes it so much darker.

- "Snooper's gonna snoop." There is a post-credits sequence! Pietro comes back for the first time since Wanda red-widdly-woo'd him through a haystack in the last episode, catching Monica trying to break into Agatha's creepy basement. Whether or not he's still under Agatha's control, or actually exists as Pietro at all, we'll have to wait and see.

- This week's advert is selling us Nexus, which is "A unique anti-depressant that works to anchor you back to your reality. Or the reality of your choice." In the comics, the Nexus is a cross-dimensional gateway which provides a pathway to any and all possible realities, which includes realities between realities. So... yeah... the multiverse is here. 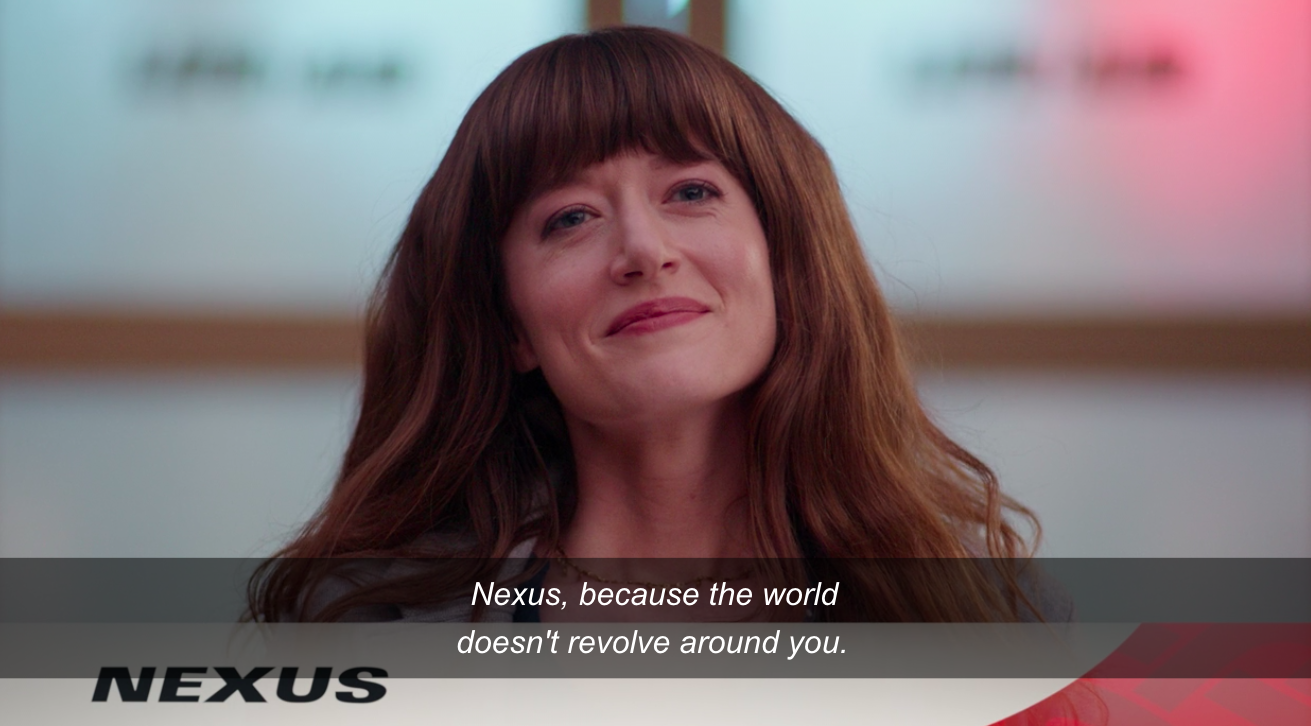 Episode 8 will be available on Disney+ on Friday, 26 February.

The Big Reviewski || JOE · Emile Hirsch on Tarantino, a Speed Racer sequel, and new Irish horror Son
popular
Two Irish cities named the friendliest in Europe by leading travel magazine
The 50 most iconic songs of all time* have been revealed
RTÉ confirms Eoghan McDermott will not be returning to 2FM
Met Éireann has issued a weather warning for seven counties
QUIZ: Which countries are home to the New Seven Wonders of the World?
Happy 25th anniversary to the best mid-movie plot twist of all time
Michael Jackson fans are convinced he's still alive after spotting him in daughter's selfie
You may also like
1 day ago
QUIZ: Can you name all these characters from Futurama?
4 days ago
The hero of last year's Toy Show features in this week's Late Late Show lineup
4 days ago
BBC reveals Season 6 of Line of Duty is coming later this month
6 days ago
All of the best movies and TV shows coming your way in March
1 week ago
QUIZ: Can you name all of these characters from The Rugrats?
5 days ago
WATCH: Colin Farrell is in deep trouble in deep space in the first trailer for Voyagers
Next Page