WATCH: Carlow Rose wins a lot of fans for discussing heroin addiction in her family

At its best, the Rose of Ireland gives Irish women the platform to bring to the fore social issues that don't always get enough attention.

The Westmeath Rose was a tough act to follow, but the Carlow Rose, Shauna Ray Lacey, quickly won over many hearts by frankly discussing her parents' struggles with heroin addiction. 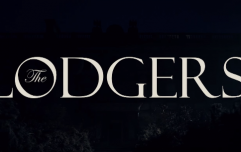 END_OF_DOCUMENT_TOKEN_TO_BE_REPLACED

Lacey, herself a mother, was supported in the crowd by her mam, who is in recovery. She dedicated her performance of Aslan's 'Crazy World' to her late father — whom she said was responsible for all of her musical talent.

RTÉ shared a video of the performance.

Lacey's honesty about such a difficult issue was a highlight of the opening night of the Rose of Tralee, and many commentators on social media were quick to praise the young woman.

Some went so far as to say that nobody else would best her.

Loving the #Carlow Rose...a hard working relatable mother; a modern representation of Irish women and she can sing beautifully. One of the most relevant Roses in years. Break the mould. My winner. #RoseOfTralee

The Carlow Rose was such a breath of fresh air. Open, frank, funny, real. Exactly the type of woman I want to hear from. #RoseofTralee

Seeing Shauna up there talking about being a young mother and having her life touched by addiction, she is an absolute credit to have as the Carlow Rose. This is modern Ireland and I think she is the kind of rose needed in this competition to modernise it! #Roseoftralee

popular
The 50 most iconic songs of all time* have been revealed
The JOE Movie Quiz: Week 97
PICS: The man with the biggest penis in the world has one unbelievable problem with it
People think they've figured out the ranking of the viewers on your Instagram Stories
WATCH: This episode of Tellytubbies was so creepy it was banned from TV
The JOE Friday Pub Quiz: Week 238
Irish mobile network GoMo launches new €14.99 per month "for life" offer
You may also like
1 month ago
First-time buyers in the East and South East: This virtual First-Time Buyers Masterclass will kickstart your mortgage
4 months ago
Principal of Carlow school denies claims female students were asked not to wear tight leggings to school
9 months ago
Young boy (10) dies following road collision in Carlow
9 months ago
10-year-old boy in critical condition after collision between his bike and a Jeep in Carlow
10 months ago
Gardaí find body in search for missing Carlow man
11 months ago
ISPCA, fire services and tree services rescue cat that was stuck in a tree for six days
Next Page