WATCH: The crew of the Covenant send messages home to their families, before the Alien shows up

The cliched action of sending a loving message back to your family and friends back home take on a much darker turn than usual in the latest promotional clips for Alien: Covenant.

Not only because, well, this is an Alien movie and chances are that most if not all of the people probably won't make it out of this trip alive/in one piece, but the footage they're sending home is glitching out and showing some very disturbing imagery.

We can't imagine this is what they want their families and friends to actually be seeing!

First up is Daniels (Fantastic Beasts' Katherine Waterston), a terraforming expert, and on form to be this entry's answer to Ripley.

Next is Christopher Oram (Almost Famous' Billy Crudup), the first mate of the good ship Covenant. He believes they've been brought on this mission by a higher power, and he doesn't see eye-to-eye with the scientifically-minded Daniels.

Then we've got security detail Rosenthal (played by Home & Away's Tess Haubrich), who is awoken for the mission, but finds her partner is kept in cryo-sleep. That will cause ... problems.

Sergeant Lope (The Hateful Eight's Demian Bachir) is the no-nonsense head of security for the Covenant, and it does really appear like he has any loved ones on the receiving end of his particular messages. 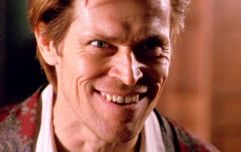 END_OF_DOCUMENT_TOKEN_TO_BE_REPLACED

And last but not least we've got Tennessee (This Is The End's Danny McBride), who starts off telling a very Danny McBride-ish story, before showing some hidden emotional depths when the act of cryo-sleep / not aging / probably never seeing your family and friends finally hits home.

No love letters home from either of Michael Fassbender's characters, probably because they're both androids and don't have anyone to send them on to. But you never know... androids need love to!

We'll see how it all fits together when Alien: Covenant arrives in Irish cinemas on 12 May.

All clips via 20th Century Fox

popular
Large crowds gather outside Tullamore courthouse as man charged with murder of Ashling Murphy
Amazon Prime Video has quietly added 18 big releases to its library
60 jobs available on Stena Line with 50% of your time spent not working
Here's the line-up for this week's Late Late Show
WATCH: This foul-mouthed argument proves the Irish language is alive and well
Taoiseach says Covid restrictions may be eased earlier than expected
A gripping '90s thriller is among the movies on TV tonight
You may also like
3 days ago
Amazon Prime Video has quietly added 18 big releases to its library
3 days ago
Nightmare Alley review: Exactly the kind of adult-aimed movie people claim Hollywood doesn't make anymore
4 days ago
That Nic Cage film everyone is talking about is finally available to watch at home
5 days ago
Tim Allen returning for The Santa Clause series on Disney+
6 days ago
Turns out those rumours about an adults-only The Batman are false
6 days ago
The Godfather is getting a 50th anniversary re-release in Irish cinemas
Next Page