WATCH: Here's your very first look at Season 4 of Rick and Morty

And that's the waaaaay the news goes...

Quick question for anyone that's an inhabitant of Dimension C-137. What's the best alien, or supporting character, that you've seen in Rick and Morty?

Truth be told, there are so many to choose from that it's practically impossible.

END_OF_DOCUMENT_TOKEN_TO_BE_REPLACED

How about Ants in my Eyes Johnson? You know, the fella where "everything's black, I can't see a thing, and I also can't feel anything either."

If we're being pushed, we've got a soft spot for Mr. Poopybutthole and another fella that looks eerily like him, Stealy.

This moment below is just so incredibly dark that it's impossible not to laugh.

Anyway, with Season 4 of the beloved show on the horizon, creators Dan Harmon and Justin Roiland have been teasing some new details about the show and they released the very first footage too. 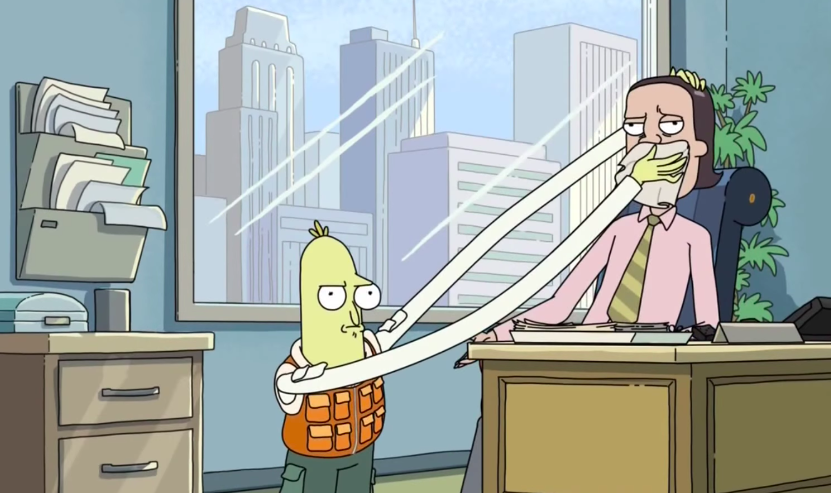 During an interview with EW, Justin Roiland said that the show might last for even longer than expected.

"This thing can go for 20, 30 seasons. We have characters that don’t really age, it’s very Simpsons-esque. There’s so much we can do to keep riding this train" while Harmon added that "sure I’ll end it! But I don’t know that would be on 70 (episodes). I would be equally unsurprised if you told me that this thing goes for 20 years. I wouldn’t balk at that at all. If it still feels right, let’s do it."

END_OF_DOCUMENT_TOKEN_TO_BE_REPLACED

With regards to the new episodes, the creators confirmed that Season 4 will be ten episodes long and that it will include guest voice actors such as Paul Giamatti, Kathleen Turner, Taika Waititi (who makes an appearance in the first footage below) and Sam Neill.

Aside from this, the duo also confirmed that Mr. Meeseeks will also be back when Season 4 airs in November.

popular
Woman killed in Clare crash named as Peggy Twomey, mother of Marty Morrissey
Amazon Prime Video has quietly added 8 big new movies to its library
These are the most generous counties in Ireland, according to GoFundMe
An underseen Keanu Reeves adventure is among the movies on TV tonight
The 50 most iconic songs of all time* have been revealed
"Absolutely no follow-up" on contact tracing in nightclubs and live venues
Man in his 70s dies following two vehicle collision in Galway
You may also like
5 days ago
One of 2021's most overlooked movies and 7 more movies and shows to watch this week
5 days ago
COMPETITION: Just in time for Christmas, we've got a €200 One4All voucher to give away!
6 days ago
Game of Thrones Studio Tour will open in Ireland in February 2022
1 week ago
8 great new additions to Amazon Prime Video in December
1 week ago
"It has a Beauty & The Beast aspect" - Kristofer Hivju on his role in The Witcher Season 2
1 week ago
Marvel's answer to Die Hard and 7 more movies and shows to watch this week
Next Page