Not impressed after their meeting...

The Late Late Show host, James Corden, played another game of "Spill Your Guts or Fill Your Guts" with Khloe Kardashian recently where she had to answer questions or eat a variety of stomach-churning foods.

The menu includes items like cod sperm so it's in your interests to answer as many questions as possible. 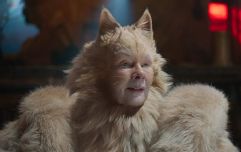 END_OF_DOCUMENT_TOKEN_TO_BE_REPLACED

Corden himself also takes part in the game and he was faced with the question : "Name a celebrity who has been rude to you at a party?"

He dithered and dallied before eventually giving his answer...

Video via The Late Late Show with James Corden

Yes... our very own Pierce Brosnan.

Brosnan was also in the headlines this week as rumours have been swirling about a second Deadpool movie and many of them reference Irish actor Pierce Brosnan as playing the role of Cable in the movie.

It all came from this photo... 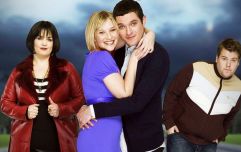 END_OF_DOCUMENT_TOKEN_TO_BE_REPLACED

Do yourself a favour, if you haven't already, watch Deadpool. It was one of the best films of 2016.

Disguised as a superhero movie, Ryan Reynolds plays the smart-talking antihero who makes a profanely amusing addition to the X-Men universe... even if he is far more sweary than we're accustomed to in these movies.

Advertisement
House of Rugby Ireland · Quinn Roux on finding a home in Ireland and Mike McCarthy brings the absolute HEAT!
popular
The 50 most iconic songs of all time* have been revealed
WARNING: Contains nudity – Check out the new NSFW Justin Timberlake single Tunnel Vision
Xbox reveals full list of exclusive games arriving in 2021
Snow and ice warning issued for seven counties
Justin Timberlake's career isn't over, but here's 5 reasons why maybe it should be
Simpsons writer reveals how he predicted the presidency of Donald Trump
Tom Hanks has addressed the rumours that he'll run for President in 2020
You may also like
1 year ago
WATCH: Billie Eilish is the latest to get the Carpool Karaoke treatment
2 years ago
QUIZ: How well do you remember the Gavin and Stacey Christmas special?
2 years ago
WATCH: James Corden, Lin-Manuel Miranda and Emily Blunt perform 22 musicals in 12 minutes
2 years ago
WATCH: Cardi B on James Corden's Carpool Karaoke is extremely entertaining
2 years ago
WATCH: James Corden beasted in the gym by Mark Wahlberg at 4am
2 years ago
WATCH: Migos on Carpool Karaoke may be the best one yet
Next Page