You need to watch this...

If you think Pierce Brosnan has been relatively quiet on the film front in recent years, he probably has an excuse, he's been getting prepared for a venture into the world of TV adverts... in India.

We looked in disbelief as we saw him execute some of the moves he learned from his role as 007 to put down baddies in this new advert.

The man who played the swashbuckling, suave, and charming super-spy that was James Bond... and he's starring in this commercial.

They company must have very, very deep pockets with equally long arms willing to delve into them...

This photo was in the Times of India recently and we have to say, we're impressed by the star power Brosnan still commands over in India. 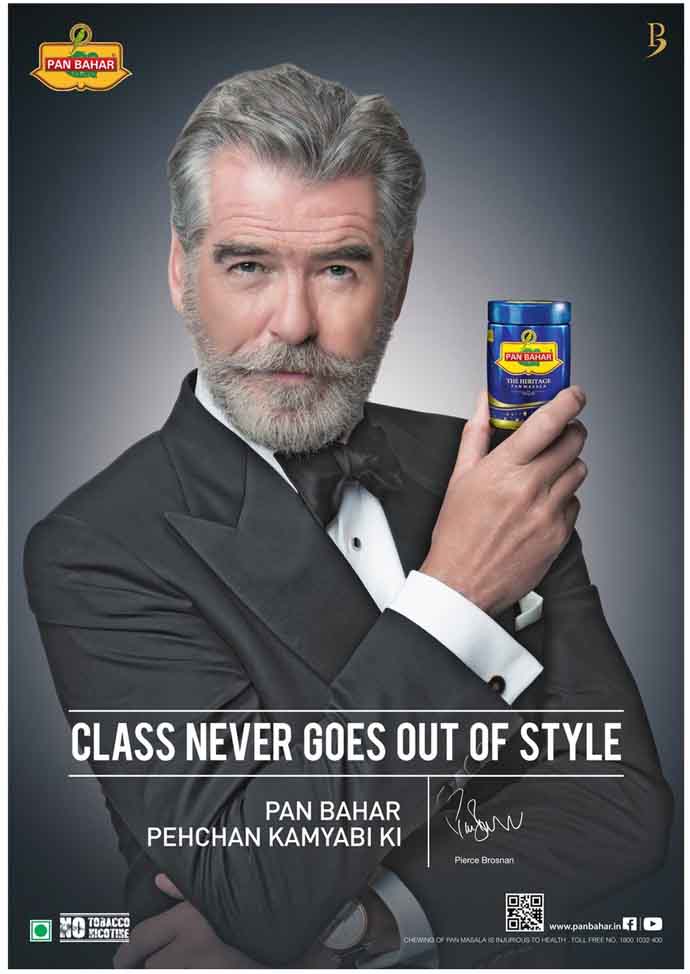 Thanks to Aine Gallagher for sending this our way. If you have something you would like to share with us, send it to our WhatsApp number 087-4001102, editorial@JOE.ie or hit us up on Facebook or Twitter.

popular
One of Keanu Reeves' best movies has just been added to Netflix
"Clear as daylight" that unvaccinated people are a risk to themselves and others - Taoiseach
Met Éireann issues Orange weather warnings for five counties ahead of Storm Barra
QUIZ: Do you reckon you can get 15/15 in this General Knowledge Quiz
A terrific crime thriller is among the movies on TV tonight
The JOE Movie Quiz: Week 131
QUIZ: Can you get full marks in this General Knowledge Quiz?
You may also like
2 months ago
No Time To Die sparks calls to ban movie villains with disfigurements
2 months ago
No Time To Die director reveals the movie's most difficult stunts to film
2 months ago
We asked Paddington himself if he thinks Paddington 2 is the greatest film of all time
2 months ago
Rami Malek on the difficulties of keeping the big secrets behind No Time To Die
2 months ago
QUIZ: How well do you know the Daniel Craig era of James Bond?
2 months ago
How to watch Daniel Craig's 007 movies at home before No Time To Die arrives next week
Next Page