WATCH: The Irish War of Independence now has a fully colourised documentary

A treat for any fans of Irish history.

Various 1916 centenary celebrations made us feel incredibly patriotic over the last few months- this montage, local parade and rousing  version of Amhrán na bhFiann being just a few of them- but a new documentary, Revolution in Colour, offers a new perspective on the Revolutionary War and the subsequent Civil War that tore the country apart.

Narrated by Allen Leech, this documentary tells the story of the Irish Easter Rising, why it happened and it's aftermath. What makes this documentary unique is that it contains newly-colourised original footage that shows the Irish revolution as people at the time saw it – in colour. 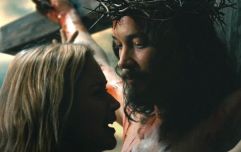 END_OF_DOCUMENT_TOKEN_TO_BE_REPLACED

Seminal events like the Treaty negotiations and the shelling of the Four Courts are all shown while footage of prominent figures like Michael Collins and Pádraig Pearse also features.

Here's a snippet of what's in store and you can watch the whole thing here.

popular
Belgium becomes first nation to introduce compulsory monkeypox quarantine
An underrated Robert De Niro comedy is among the movies on TV tonight
Tory MP facing drink spiking claims as one fellow politician woke up to find 'nipples being licked'
The 50 most iconic songs of all time* have been revealed
Coleen Rooney 'confident she's won' Wagatha Christie trial against Rebekah Vardy, according to reports
Met Éireann issue warning for potato blight this week
QUIZ: If you get 15/15 in this General Knowledge quiz, give yourself a pat on the back
You may also like
5 days ago
Fianna Fáil denies paying for bots to boost Stephen Donnelly tweet
6 days ago
House prices have increased by more than 15% in the past year
6 days ago
"We're not intimidating anyone" – Russian State TV fires back at Taoiseach's apology request
1 week ago
Ireland's first ever "Bar Manager Apprenticeship Degree" to launch this week
1 week ago
Here are the top 25 hotels in Ireland, according to TripAdvisor
1 week ago
Here's how long it takes on average for your phone service provider to solve your problem
Next Page