"She will always be our dear Rosie."

Will & Grace actor Shelley Morrison has passed away, aged 83.

Best known for her role as maid Rosario Salazar in the hit sitcom, Morrison's career began in the mid-1960s when she starred in multiple US TV shows including The Flying Nun and Laredo.

She was originally only supposed to appear in one episode, however, her popularity with audiences meant that she starred in 68 instalments of the series until it first came to an end in 2006. 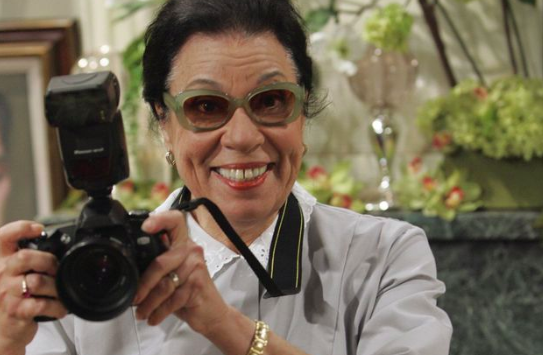 Debra Messing, who played Grace in the series, paid tribute to Morrison on Instagram on Monday.

"Our dear Rosario has passed on. Shelley had a career that spanned decades, but she will always be our dear Rosie. She was a kind soul with a huge heart and always had a smile on her face."

Eric McCormack, who played Will, shared a photo of himself and Morrison, saying that she was "a beautiful soul and wonderful actor".

"Her work as Rosario, season after season, was as nuanced and real as it was hysterical," he said.

"She will be missed by everyone at #WillandGrace. She’s a huge part of it."

Fellow star Megan Mullally paid her respects to Morrison's family and thanked the actor for her "friendship and partnership."

"Putting Shelley, her beloved husband Walter & their children in the light. Thank you for your friendship & partnership, Shell.

"You accomplished wonderful things in this world. You will be missed."

Advertisement
popular
The JOE Friday Pub Quiz: Week 242
Kate O'Connell lays into Fine Gael in explosive Claire Byrne interview
The 50 most iconic songs of all time* have been revealed
Here are the best movies on TV this evening
"Giant" piece of Chinese rocket set to hit Earth this weekend
Cillian Murphy looks terrified in the final trailer for A Quiet Place Part II
WATCH: BBC's new show Vigil will fill that Line Of Duty-shaped hole in your life
You may also like
5 days ago
QUIZ: How well do you know Ted Hastings' one-liners from Line of Duty?
1 week ago
Netflix’s new true crime documentary could be your next TV obsession
1 week ago
The Ultimate Oscars Quiz
2 weeks ago
The full list of all the new shows and movies coming to Netflix in May
2 weeks ago
Morrissey calls The Simpsons "racist" after showing him with his "belly hanging out"
2 weeks ago
Line of Duty fans think trailer reveals Kate's fate after tantalising final scene
Next Page