It is only a maybe, but it seems like a pretty strong maybe to us...

Someone, somewhere, may have made a boo boo.

Netflix are typically quite secretive when it comes to specific details about their big upcoming shows, until they're quite ready to announce anything, and all in their own good time, thank you very much.

But a since-deleted tweet (picked up via PC Gamer) sent out on Wednesday 11 September had a series of big releases, and the number of days there was until they premiered on the streaming service.

Some of them we already knew, including the release dates for El Camino: A Breaking Bad Movie, season three of The Crown, the first season of The Politican, and season two of The End Of The Fucking World.

But two release dates on there were not previously known, which is probably why the tweets were hastily deleted.

Probably. Possibly. Who knows for sure?

First up, in case you've forgotten, here is the incredibly handsome Henry Cavill fronting The Witcher, based on the hit video game series: 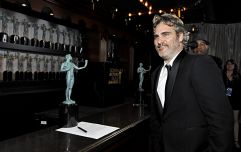 END_OF_DOCUMENT_TOKEN_TO_BE_REPLACED

The epic Game Of Thrones usurper is apparently set to drop on Tuesday 17 December, and not long after, you can MAYBE PERHAPS NOT-FOR-CERTAIN prepare for the arrival of the second season of You.

Not trailer for that one yet (so we've added in the trailer to the first season, just in case you need a reminder), but it may be arriving almost exactly a year to the day since the first season arrived: Monday 30 December.

You can see the screengrab of the since-deleted tweet right here: 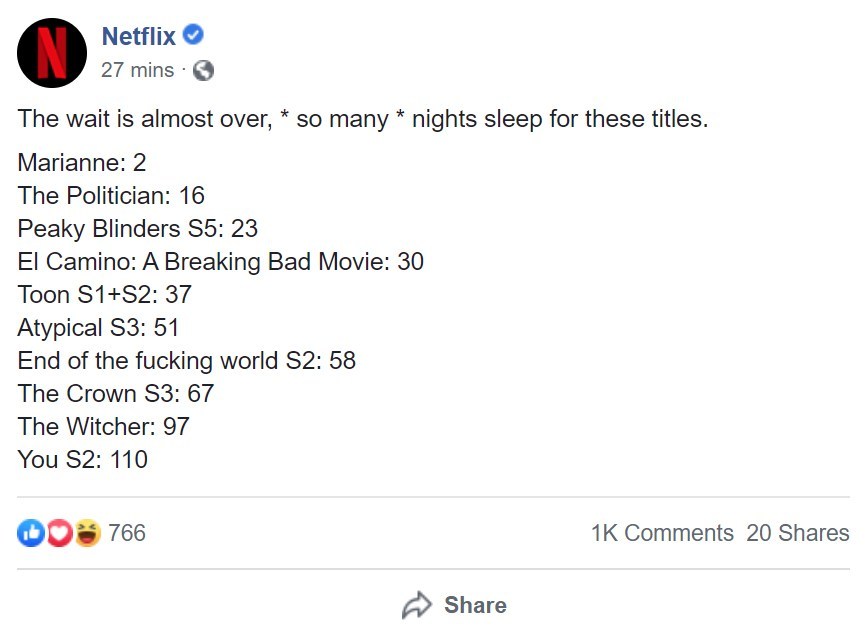