15 new documentaries you should be watching on TV in 2020

Some brand new documentaries to get stuck into.

For those of you interested in catching up on some fantastic documentary features from 2019, our recap here should do the trick.

As far as 2020 is concerned, the genre is showing no signs of slowing down.

END_OF_DOCUMENT_TOKEN_TO_BE_REPLACED

As always, streaming platforms like Netflix and Amazon are bound to acquire even more films from the festival circuit over the coming months - we'll keep you informed on any new notable additions - but here are some of the upcoming features that have piqued our interest already.

Plot: A never-before-seen look at the abduction and murder of at least 30 African American children and young adults that occurred over a two-year period in Atlanta in the late 1970s and early '80s.

The documentary will cover the period from the initial disappearance and discovery of two murdered teenage boys and the fear that gripped the city, to the prosecution and indictment of 23-year-old Atlanta native Wayne Williams and the rush to officially shut down the case. The killings were previously documented in Season 2 of Mindhunter.

Released: April on HBO, so it should air on Sky Crime shortly after.

END_OF_DOCUMENT_TOKEN_TO_BE_REPLACED

Plot: The six-part documentary series from HBO chronicles the stranger-than-fiction true story of how $24 million dollars was stolen from the McDonald’s Monopoly game of the 1990s, the mystery mastermind behind the scam and the intrepid FBI agents on his trail.

Released: 3 February on HBO. We expect it to air on Sky Crime and NOW TV shortly after.

END_OF_DOCUMENT_TOKEN_TO_BE_REPLACED

Plot: The story of how a billionaire became a bankrupt prisoner and was brought down by the collapse of a multibillion-euro gamble on shares in Anglo Irish Bank. Simply put, there isn't an Irish person that doesn't know the name Sean Quinn.

Consisting of three 60-minute episodes, the makers of this series have been granted unprecedented access.

Released: Yet to be confirmed but it will be shown on RTÉ.

Plot: Charting the rise of the 1990s Chicago Bulls, led by Michael Jordan, one of the most notable dynasties in sports history.

Released: June. It's a joint-production between ESPN and Netflix, so here's hoping that it's released on the streaming platform.

The Most Dangerous Animal of All

Plot: Soon after his birth-mother contacted him for the first time, Gary L. Stewart decided to search for his biological father.

His disturbing identity would force Stewart to reconsider everything he thought he knew about himself. The documentary is based on the explosive true crime memoir of a man whose 10-year search for his biological father leads to a chilling discovery - his father is one of the most notorious-and still at large serial killers in America.

Released: 6 March on FX and the next day on FX on Hulu in the US. At present, no Irish date/station has been announced.

Ted Bundy: Falling for a Killer

Plot: The five-part docuseries reframes infamous serial killer Ted Bundy’s crimes from a female perspective, uncovering the disturbing and profound way in which his pathological hatred of women collided with the culture wars and feminist movement of the 1970s, culminating in what is perhaps the most infamous true crime saga of our time.

A Wilderness of Error

Plot: From Emmy Award-winning producer Marc Smerling (The Jinx) and Blumhouse Television (The Jinx, Sharp Objects) comes a six-part documentary series based on Errol Morris’s novel of the same name.

When handsome Army Surgeon Jeffrey MacDonald is sent to prison for killing his family, a storm of swirling narratives challenges our very ability to find the truth, all the while overshadowing the chilling possibility that MacDonald may be an innocent man.

Plot: A deeply personal examination of the rise and fall of Lance Armstrong, one of the world’s most controversial figures, a man who’s both winner and loser, saint and sinner.

Released: The film premieres on 27 January 2020 at the Sundance Film Festival.

At present, no release date or station has been set for Ireland. However, the film's director, Marina Zenovich, previously directed Come Inside My Mind, the documentary about Robin Williams, which was shown on HBO and Sky Atlantic/NOW TV. Here's hoping this has the same release pattern.

Plot: The four-part docuseries follows the search for Richard Scott Smith, who over the past two decades used the internet and his dubious charms to prey upon unsuspecting women in search of love — conning them out of their money and dignity.

Released: 8 May on Showtime. No Irish release date or station has been announced yet.

Killer Inside: The Mind of Aaron Hernandez

Plot: The documentary explores the rise of cyber conflict as the primary way nations now compete and sabotage each other. It will feature exclusive interviews with top military and intelligence officials as well as new on-the-ground reporting from the frontlines of the cyber wars.

Released: No date has been set but it's a HBO feature, meaning it will probably air on Sky Atlantic and NOW TV.

Plot: There are also features on Taylor Swift (Netflix) and Rihanna (Amazon) due for release in 2020, but this feature follows the 18-year-old singer-songwriter in the wake of the release of her debut album, When We All Fall Asleep, Where Do We Go? At present, no title has been announced for the documentary but it's bound to interest fans of the talented singer.

Released: No date has been set but it will premiere on Apple TV+. 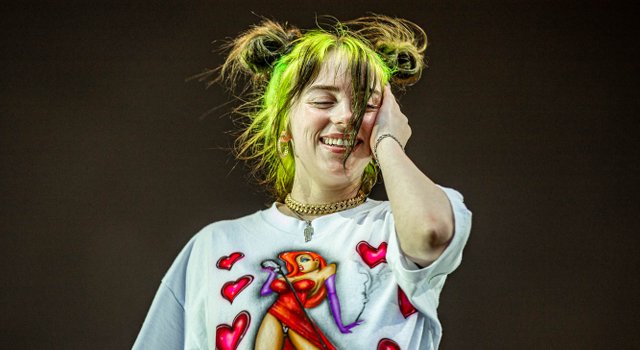 The Guards: Inside The K

Plot: The series will give viewers unprecedented access to the work carried out by An Garda Síochána in some of the toughest scenarios possible. From breaking down doors, to the aftermath of shootings, this series provides a no-holds-barred look at what it’s like to be a Garda in Ireland today.

The Smiley Face Killers: The Hunt for Justice

Plot: Since 1997, more than 350 college-aged men have died in accidental drownings in the US. The bodies have all been found in regional clusters around the country with the victims being eerily similar, all top students and athletes who disappear after a night out drinking with friends. To add to the mystery, found in the vicinity of almost every dead body is a graffiti-style mark of a smiley face.

This docuseries follows a unique team of former NYPD investigators who have dedicated their lives to proving the country’s most notorious string of mysterious accidental drownings aren’t accidents at all. Will they be able to prove that these deaths are actually homicides committed by one of the most prolific serial killers in US history? 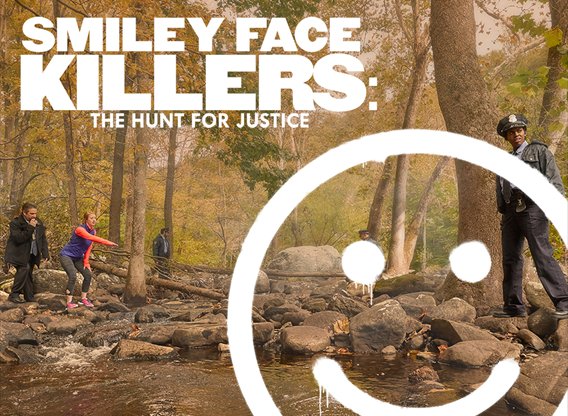 Plot: An examination of the complex relationship between the United States and Saudi Arabia and how the murder of Washington Post journalist Jamal Khashoggi amplified entanglements between the two countries. No Stone Unturned director and Oscar-winner Alex Gibney is involved with this one.

Released: The documentary airs on Showtime later this year. No Irish release date has been announced yet.