It ended 12 years ago, but we still just can't let go of one of the best sitcoms of all time.

Although everyone had their favourite friend, much of the shows brilliance is due to the huge host of celebrities that made cameos throughout the 10 seasons.

While we love the recurring characters like Paul Rudd's Mike or Tom Selleck's turn as Richard, this list is more concerned about the celebrities that only featured in one or two episodes, and there is no shortage to chose from. 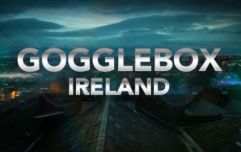 Gogglebox is looking for Irish people abroad for its Christmas special

END_OF_DOCUMENT_TOKEN_TO_BE_REPLACED

The One with Princess Consuela, Season 7

When Chandler and Monica bring Joey to view their new house, he meets the young girl who the house previously belonged to. Since Joey isn't the most mature of men, he and Mackenzie bond over their reluctance to change. The best part of this is probably when Chandler briefly convinces Joey that he was talking to a little ghost girl.

Best line "I don't have any great ideas, I am eight." 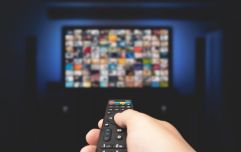 END_OF_DOCUMENT_TOKEN_TO_BE_REPLACED

The One After the Superbowl: Part 2, Season 2

Roberts played Susie Moss, a girl that Chandler knew in the 4th grade, when they catch up after all those years Susie jokes about him pulling up her skirt when they were kids. We realise by the end of the episode that she never did get over that prank, and leaves Chandler in a restaurant toilet cubicle wearing her underwear to get him back. Julia Roberts and Mathew Perry were actually dating in real life when this was filmed. QUIZ: Name the obscure characters from The Simpsons (Part Two)

END_OF_DOCUMENT_TOKEN_TO_BE_REPLACED

The One in Massapequa, Season 8

Baldwin plays Phoebe's boyfriend, Parker, who is definitely one of the most quotable guest stars on the list. Overly-enthusiastic Parker thinks everything is miraculous, wonderful and delightful. And that all moments are worthy of taking a mental picture - click.

The One with Ross's wedding: part 2, Season 4

When Rachel makes a last minute decision to stop Ross and Emily's wedding, Hugh Laurie plays the unlucky man who is stuck beside Rachel on the flight. He inevitably has to listen to all the Ross and Rachel drama as a result, no matter how hard he tries to ignore it.

Best line: "You are a horrible, horrible person.. I'm afraid I'll have to agree with you friend, Phoebs"

The One with the Screamer, Season 3

Stiller plays the hilariously angry Tommy, who is dating Rachel. However it is only ever Ross who witnesses him acting aggressive. The gang assume that Ross is just jealous of him seeing Rachel, until they all walk in on him screaming at the chick and duck.

The One where the Stripper Cries, Season 10

Pretty much everything Danny Devito does is hilarious, but playing a stripper who borrowed his nephews halloween costume is definitely one of the best. When Monica and Rachel forget organise a hen party that is too tame for Phoebe, they book Roy, the stripper last minute.

Best Line: "Did someone call, for the long arm of the law?"

Clip via Frank Reynolds (Best of Its Always Sunny in Philadelphia)

The One with the Chicken Pox, Season 2

Sheen plays a sailor who returns from sea to see his girlfriend Phoebe, but she's got the Chicken Pox. Ryan finds it hard to resist Phoebe even with the infectious disease and ends up catching it. The two end up spending the weekend scratching their itches.

Best line: "The lightening was an unfortunate coincidence."

The One with Rachel's Big Kiss, Season 7

Ryder plays Rachel's old sorority sister whom she bumps into at the coffee house. Rachel tells the group about how she and Melissa once shared a drunk, late night kiss, but when she asked Melissa about it, she denies it in front of Phoebe. Rachel, fed up with being called a liar, kisses her once more, and that's when we realise that Melissa is basically head-over-heals in love with her.

Best line: "I can still hear the coconuts knocking together."

The One with the Blind Dates, Season 9

This was actually Lovitz' second appearance on the show, he played a very stoned food critic in season one. In this episode, Rachel goes on a blind date with Lovitz' character Steve, who is in short - a loser. Steve has some brilliant lines in this episode and Rachel's honesty about how badly the date is going makes it even funnier.

Best line: "Look I think I know the answer to this question but, would you like to make love to me?"

The One Where Ross Meets Elizabeth's Dad, Season 6

Bruce Willis plays the father of a girl Ross is dating. Elizabeth is quite young, which means that her dad is isn't a big fan of her older boyfriend. Willis' character begins dating Rachel, which means we get to know Paul over three episodes. Although he is extremely intimidating at first, Paul turns out to be a neat guy in the end.

The One with the Rumour, Season 8.

Pitt was married to Jennifer Anniston during filming so it seemed funny at the time to have a story line about them hating each other (little did we know what the future held). He plays Will, who is an old school friend of Ross's and together, they formed an "I hate Rachel" club.

The One With The Ultimate Fighting Champion, Season 3

One of those brilliant random cameos that doesn't even tie into the story very much. When Monica attempts to tell the group about Pete's UFC dreams, she is interrupted by the drama going on between two men on the couch.

The One After the Superbowl: Part 1, Season 2

Joey gets his very own stalker in Erica Ford, who genuinely thinks he is his character from Days of Our Lives. Joey and friends of course decide to play along with the lie. Erica is probably best remembered for her terrifying cackle and her finger biting.

The One After the Superbowl: Part 1 , Season 2

Right at the end of the scene above, Homer Simpson's voice actor plays a zookeeper who tells Ross that his monkey is still alive and that he has gone on to become a movie star.

Best line: "The zoo? D'you believe everything the zoo tells you?"

Of course, this is only a small handful of the brilliant celebrity cameos that featured over the 10 years, but we're sure we've left out some gems, so let us know what you'd have by getting in touch on our WhatsApp number 087-4001102, editorial@JOE.ie or hit us up on Facebook or Twitter.


The Architects Of Business || JOE · Camile Thai founder Brody Sweeney on losing one restaurant empire and building another
popular
The JOE Pub Quiz: Week 214
The JOE Movie Quiz: Week 74
Diageo confirm Guinness cans will temporarily no longer have the floating widget
Borat 'defends' Rudy Giuliani's 'sexytime' encounter following major controversy
"Takeaways three or four times a week" - Camile Thai's Brody Sweeney on the growth of takeaway culture in Ireland
Trump claims nobody has done more for the black community, with the “possible exception” of Abraham Lincoln
Over €7 million worth of cannabis seized at Dublin Port
You may also like
3 weeks ago
QUIZ: Name the obscure characters from The Simpsons (Part Three)
1 month ago
QUIZ: Only true Peep Show fanatics will get full marks on this quiz
2 months ago
Carole Baskin demanding enormous fee to take part in Tiger King S2
7 months ago
QUIZ: Can you recognise the TV theme tune from just one line?
11 months ago
Work on Season 6 of Line of Duty has already begun
1 year ago
7 essential lessons Ready Steady Cook taught us about adult life
Next Page