A thrilling new show to get hooked on...

In the run-up to the debut of Y: The Last Man on Disney+, JOE had the opportunity to chat with lead star, Ben Schnetzer.

The American actor, who's also appeared in Pride, Warcraft and Entebbe, plays the titular Y - short for Yorick - who finds himself the last human male alive on the planet following a mysterious outbreak. 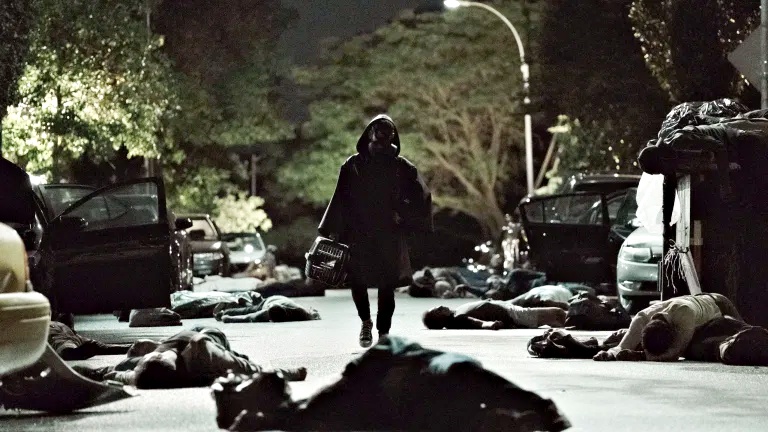 END_OF_DOCUMENT_TOKEN_TO_BE_REPLACED

Opening up about the new show and his role, Schnetzer also spoke about the obvious legend that is Diane Lane (who plays his mother/the President of America) and the difficulties of making a massive-scale show about a pandemic... in the middle of an actual pandemic.

Schnetzer actually replaced Ireland's own Barry Keoghan in the lead role, who himself sort of replaced Shia LaBeouf, who was originally intended to play the role as far back as 2007. It is no big secret that actors occasionally get replaced in roles in movies that they have already been hired to work on.

You can check out our full review here and watch our interview with the very lovely Ben Schnetzer right here:

Y: The Last Man will kick off on Disney+ on Wednesday, 22 September, with episodes airing each subsequent Wednesday after that.

Clip via Disney Plus UK & Ireland

The Big Reviewski || JOE · The Big Reviewski with Andy Serkis, Squid Game follow-ups & the return of Succession
popular
New €140 million road officially opens today, replacing one of the Ireland's most dangerous roads
The cleanest towns in Ireland have been named
QUIZ: Can you master this General Knowledge Quiz?
QUIZ: Get your quiz on with this General Knowledge Quiz
Gardaí investigating after man robs hotel at knife point in Kerry
The JOE Friday Pub Quiz: Week 265
Ryanair is seeking applicants for "the worst job in Ireland"
You may also like
1 week ago
Alan Quinlan: Young people on social media are "suffering in silence... it's very, very dangerous"
1 week ago
A great Irish horror is among the movies on TV tonight
1 week ago
Squid Game fans spot massive clue in Tug of War game
1 week ago
COMPETITION: You're one very easy question away from winning a €200 One4All voucher
1 week ago
A brand new dark Irish comedy and 5 more movies and shows to watch this week
1 week ago
Disappointment as The Den has been cancelled again
Next Page