Director Zack Snyder has dropped out from his role in the production of Justice League following the recent death of his daughter.

Snyder, who is known for his film adaptations of comic books, has come forward to speak about the suicide of his daughter for the first time since the incident took place in March.

Thanks for the outpouring of support. I can't express how much it means to Debbie & I and Autumn’s mother, Denise, at such a difficult time. 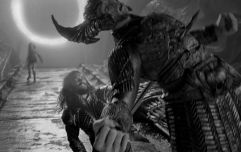 END_OF_DOCUMENT_TOKEN_TO_BE_REPLACED

The director of Man Of Steel and Batman v Superman added that: "In my mind, I thought it was a cathartic thing to go back to work, to just bury myself and see if that was the way through it. The demands of this job are pretty intense. It is all-consuming."

Initially, Snyder had planned to keep the devastating news away from the public eye and only inform close friends and family.

However, given the fact that several scenes from Justice League would be shot in the UK, he decided it was the right decision to make to step aside.

"When it became obvious that I needed to take a break, I knew there would be narratives created on the internet. They'll do what they do. The truth is I'm past caring about that kind of thing now" he said.

Synder's daughter, Autumn, died at the age of 20.

Snyder is a father of eight including two with his wife, Deborah, who has also stepped down from her producer role in the movie.

Justice League is set for release on 17 November 2017.

Justice for all. #JusticeLeague in theaters November 17. pic.twitter.com/p01PMDzAsM

The Big Reviewski || JOE · Wonder Woman 1984 star Kristen Wiig & director Patty Jenkins on comedy, Cats & handsome Irishmen
popular
QUIZ: Name all the counties of Ireland that contain 3 vowels or more
The JOE Friday Pub Quiz: Week 226
Recall of Pedigree dog food over safety concerns
QUIZ: Can you correctly identify these European country flags?
QUIZ: Can you pass your driving test and guess the meaning of all these road signs?
QUIZ: Can you guess the drink from its can?
The JOE Movie Quiz: Week 84
You may also like
3 years ago
There is a petition to get Rotten Tomatoes shut down due to the critical reaction to Justice League
3 years ago
Justice League gets an awful lot wrong, but gets one important factor fantastically right
3 years ago
Henry Cavill talks about favourite super-villains and making moustaches fashionable again
3 years ago
Ben Affleck and Ray Fisher on how hard it was to not accidentally leak Justice League secrets
3 years ago
JOE Film Club: Win tickets to a special IMAX preview screening of Justice League in Dublin
3 years ago
#TRAILERCHEST: The invasion begins and the heroes unite in the latest Justice League trailer
Next Page