25 years on from the band’s visit, a special Nirvana tribute concert will take place in Cork this month

Hopefully there’ll be more than 20 people there this time around.

On August 20, 1991, a then little-known band known as Nirvana performed at Sir Henry's on South Main Street in Cork city.

The gig took place just three days after Nirvana recorded the iconic music video for ‘Smells Like Teen Spirit,’ one of the most famous anthems of all time and the song that caused their popularity to soar to stratospheric levels.

That performance in Cork has taken something of a mythical status in the years since, with far more people claiming to have attended than were actually there on the night.

END_OF_DOCUMENT_TOKEN_TO_BE_REPLACED

Last year, manager of Sir Henry’s at the time, Sean O’Neill, told JOE that there were around 20 people watching Nirvana before the crowds packed in for the main attraction on the night, Sonic Youth.

Guitarist Krist Novoselic, meanwhile, said of the gig that “there was never a show like Sir Henry’s again”.

"...in a few weeks the world woke up to #Nirvana, and there was never a show like #SirHenrys again"@KristNovoselic pic.twitter.com/0XI24Xhzit

25 years on, the anniversary of that historic performance will be marked in fitting fashion, with Cork Alternative Rock band PARADOX set to play a tribute at the same venue, which is now known as Deep South.

There will be an outdoor stage in the beer garden at the back of Deep South and the band will be play a full set of Nirvana tunes and more on the night. 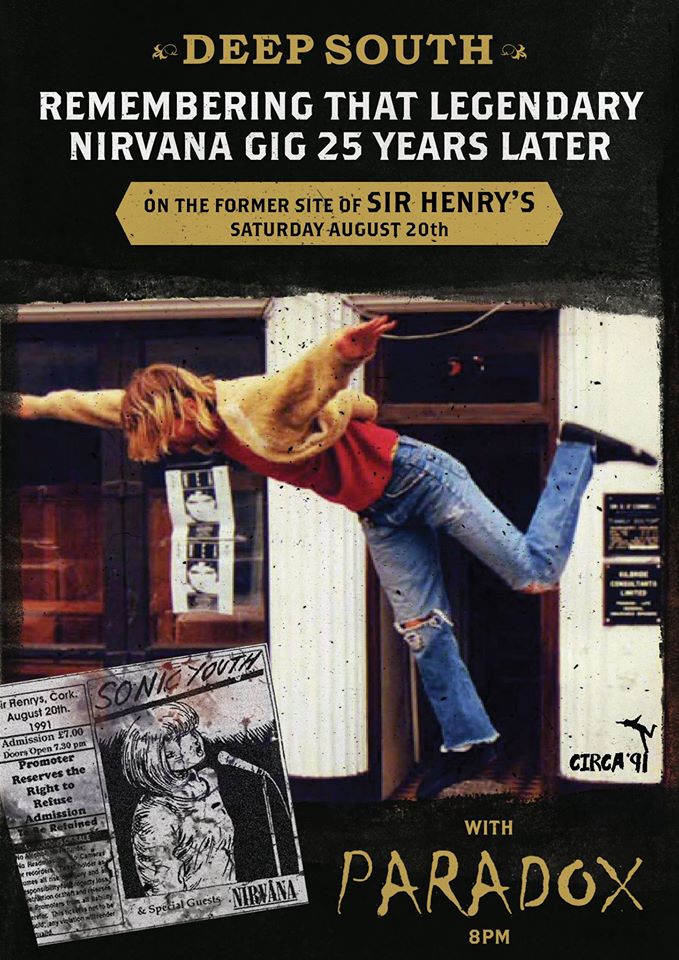 Sounds like a cracker for Nirvana fans, young and old.

For more information, check out the event page here.