Lauryn Hill, Sinead O'Connor and Iggy Pop among first wave of acts announced for All Together Now

Last summer's All Together Now festival was draped in controversy, as some attendees of the Waterford musical festival found themselves trapped in seven or eight hours of traffic while waiting to enter the Curraghmore Estate.

Despite this, those behind the festival announced that it would still be going ahead in 2020, vowing to ensure that last year's problems are "not repeated".

END_OF_DOCUMENT_TOKEN_TO_BE_REPLACED

And if we're just going off the first wave of acts announced for the festival, we're off to a good start.

Ms. Lauryn Hill, Groove Armada, Rufus Wainwright, Sinead O'Connor, Mura Masa and Iggy Pop are just some of the acts that have been announced for the Waterford festival so far.

Take a look at all of the first wave acts that have been announced thus far here: 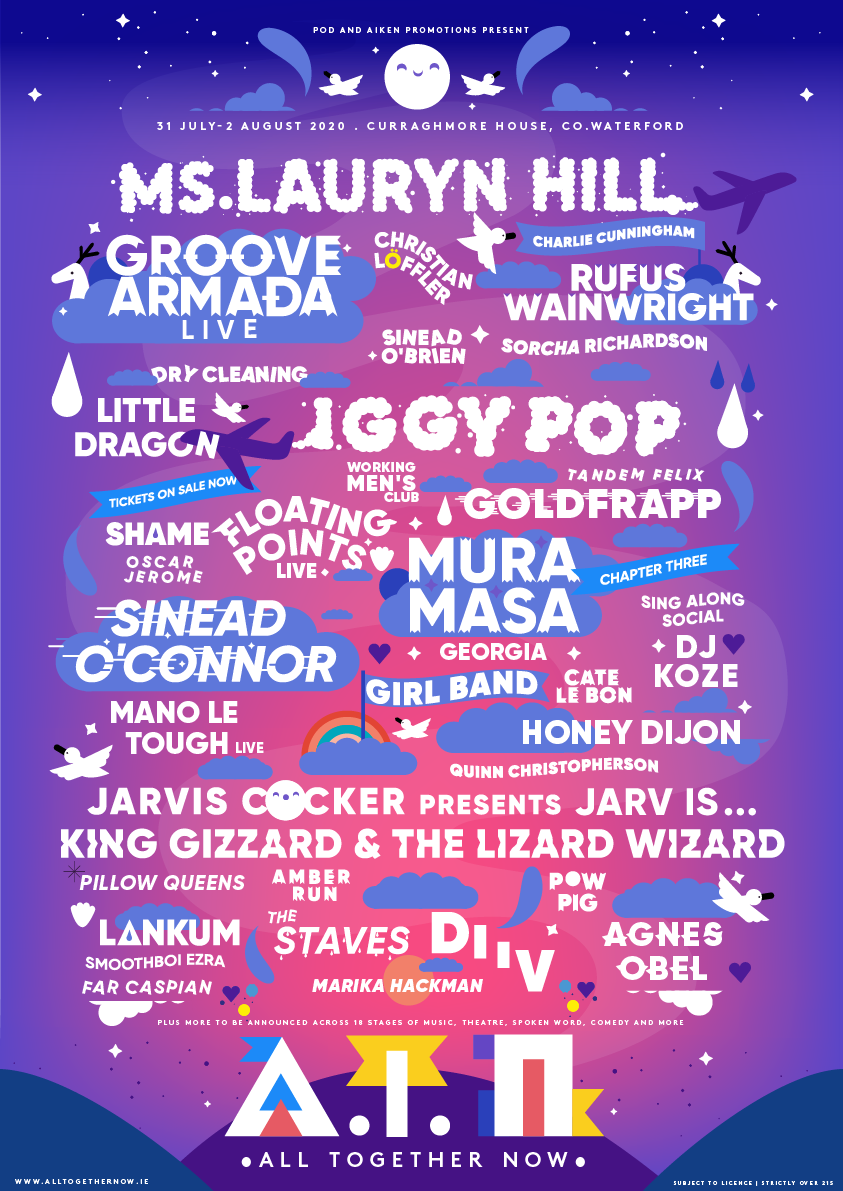 All Together Now will take place between 31 July and 2 August this summer.

Tickets are on sale now. To purchase, or to find out more information, visit the festival's website here.

popular
One of the best Irish movies ever made has just been added to Netflix
The movie described as "Showgirls in a convent" has a tentative Irish release date
One of Keanu Reeves' best movies has just been added to Netflix
A who's who of Irish music pay tribute to the late Mic Christopher in new documentary on his life
QUIZ: Can you get 20/20 in this desperately tricky capital cities quiz?
A woman has died and several injured after fatal Kilkenny crash
Here's the line-up for this week's episode of The Late Late Show
You may also like
2 years ago
All Together Now release statement following delays getting into the festival
2 years ago
Festival goers travelling to All Together Now warned to expect delays due to traffic chaos
2 years ago
The first wave of acts for 2019's All Together Now have been announced
2 years ago
The National announced as first headliner for All Together Now 2019
3 years ago
The surprise festival hit of the summer is coming back and tickets are now on sale
1 month ago
Kodaline's Steve Garrigan: "Music has always been that safe place"
Next Page