American musician Amanda Palmer has claimed that she was uninvited from The Late Late Show because she intended to play a song about abortion.

In an essay published on Thursday on blogging website Medium, Palmer said she was invited to appear on The Late Late Show "about a month ago" to promote her tour in Ireland, which began in Cork on Wednesday (23 October) and concludes in Limerick this Sunday night. 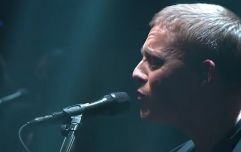 END_OF_DOCUMENT_TOKEN_TO_BE_REPLACED

Palmer said she was "thrilled" to have received the invitation, claims a date was set for her performance, and that she was put in touch with the show's musical director. Palmer said she sent over a recording of her song 'Voicemail for Jill', explained the context of the song and why she felt it was important to play. The lyrics of the song refer to comforting a friend through the aftermath of an abortion.

Palmer claims she heard back a few days later that the song was lovely but "didn't quite fit" and that she was asked if she could play something else. Palmer agreed but felt strongly about the song and asked if it could be discussed.

The singer claims that RTÉ then told her that the date had been reassigned to a different musician. Palmer claims she offered to come back after the tour in order to facilitate a performance. She said: "They regretted to inform me that they were booked for the foreseeable future, but they would have loved to have had me."

The singer makes it clear that RTÉ did not give an explicit reason for the change of plans, saying "It could be that the Late Late show has a different story and there’s information I don’t know."

Palmer says she believes that her bridges are now burned with the show and that she does not expected to be invited back.

"That is when I knew I was getting ceremoniously uninvited forever, presumably for having pushed back about the material," she said, adding that news that she was not going to be appearing on The Late Late Show was met with resignation by her Irish friends.

Palmer claims that the song was inspired in-part by her trip to Ireland on the day Ireland repealed the Eighth Amendment. 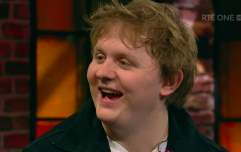 END_OF_DOCUMENT_TOKEN_TO_BE_REPLACED

"I wrote the song shortly after returning from an accidentally inspiring trip to Dublin. I’d come to town to speak at the Literature Festival and play a piano gig at the National Concert Hall, but the timing landed me smack in the midst of the referendum. I landed the day of the vote.

"I felt like I was witnessing a contagious wildfire of truth-telling. After getting home from Ireland, I put my fears and shame aside, took a deep breath and wrote a song that had been waiting to emerge for decades."

Her essay can be read in full here. 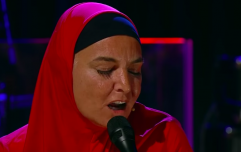 END_OF_DOCUMENT_TOKEN_TO_BE_REPLACED

Asked whether RTÉ had any comment, a spokesperson for the organisation said: "We don't comment on discussions regarding possible performances on The Late Late Show. The confirmed line-up is released each Thursday ahead of the show."

Palmer is currently embarking on a tour of Ireland; having played the Opera House in Cork on Wednesday and the National Concert Hall in Dublin on Thursday, she will be performing at the Ulster Hall in Belfast on Saturday and University Concert Hall in Limerick on Sunday night.