BBC Radio 1 has confirmed that it will not play the original version of ‘Fairytale of New York’, a Christmas song by The Pogues featuring Kirsty MacColl, on air this Christmas.

The station took the decision, the BBC said, because audiences may be offended by the lyrics and that young listeners were particularly sensitive to derogatory terms for gender and sexuality. 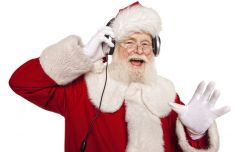 END_OF_DOCUMENT_TOKEN_TO_BE_REPLACED

An edited version of the song, in which two lines will be changed, including the line ‘you’re drunk and you’re haggard’ replacing a line that includes a homophobic slur, will be played on BBC Radio 1 instead.

The original song will still be played on BBC Radio 2, with DJs on BBC 6 Music having a choice between the two versions.

"We know the song is considered a Christmas classic and we will continue to play it this year, with our radio stations choosing the version of the song most relevant for their audience," a BBC spokesperson said.

Up until this year, BBC Radio 1 has played the song in its original form. In 2007, a decision taken to censor the song was overturned after criticism from listeners.

The song has also been the subject of controversy in Ireland in recent years.

In 2018, RTÉ DJs Eoghan McDermott and Stephen Byrne publicly spoke out against the lyrics of the song, specifically its use of the homophobic slur referenced above.

Speaking about it at the time, Byrne said: "For some it's literally a word that can slice open a wound that bleeds memories of real life and online bullying, possibly times linked into someone's coming out, for me memories of feeling left behind on a football pitch." 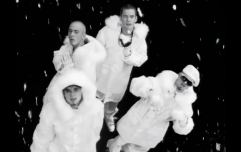 END_OF_DOCUMENT_TOKEN_TO_BE_REPLACED

McDermott said at the time that two gay members of his staff suggested bleeping the word, and not playing the song at all, respectively.

Last year, meanwhile, RTÉ reaffirmed its policy of continuing to play the song “without omissions” ahead of a live performance of the song on The Late Late Show shortly before Christmas.

A statement issued to JOE at the time read: "Last year RTÉ stated that the song 'Fairytale of New York' will continue to be played on RTÉ Radio without omissions; that statement also applies to RTÉ television content and still stands."

The Big Reviewski || JOE · TBR Spotlight: Loki - Episode Three - 'Lamentis'
popular
The Ultimate Robert De Niro Quiz
The 50 most iconic songs of all time* have been revealed
Aldi launches new garden collection including massive waterpark, slides and 14ft pools
PICS: The man with the biggest penis in the world has one unbelievable problem with it
Two thirds of Irish people believe modern men lack basic DIY skills compared to previous generations
It’s official, your pint is one of the most expensive in Europe
People think they've figured out the ranking of the viewers on your Instagram Stories
You may also like
5 months ago
QUIZ: Can you guess the Roses chocolates without their wrappers?
5 months ago
QUIZ: Can you identify the Christmas song from the lyric?
5 months ago
QUIZ: Name the counties where these Irish towns are located, Christmas edition
5 months ago
Here are all the movies on TV this Christmas Eve
6 months ago
People who arrived in Ireland from the UK after 11 December should eat Christmas dinner in their room – HSE
6 months ago
The JOE Movie Quiz: Week 83 – CHRISTMAS MOVIE SPECIAL PART 3!
Next Page