The best festivals in Northern Ireland happening this year

Brought to you by DiscoverNI

There are festivals in Northern Ireland for just about every taste this year.

In case you haven't heard, we're big fans of Northern Ireland. Not only is there a tonne of great things to do and places to stay, but it's only "a wee bit" up the road if you're looking for a short break away with a few mates.

With that in mind, have a look at some of the great festivals in Northern Ireland that are coming up. After all, it's not summer until you're out in a field somewhere bopping to your favourite tunes. 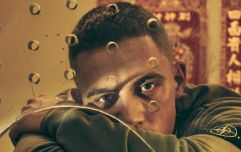 END_OF_DOCUMENT_TOKEN_TO_BE_REPLACED

If you're looking for banging headliners, look no further than Belsonic. Taking place from Wednesday, 12 June to Friday, 28 June in Belfast's Ormeau Park, the acts include Stormzy, George Ezra, and Hozier.

As if it wasn't enough that some of the hottest acts on the planet will be there, a certain guitarist called Slash is making an appearance. As in THE Slash, from Guns N' Roses.

Last year's festival went down a treat, so we don't expect anything less in 2019. 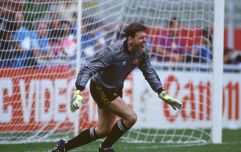 END_OF_DOCUMENT_TOKEN_TO_BE_REPLACED

Back for its fifth year in a row, AVA Music Festival kicks off on Friday, May 31. Between then and the following Sunday, you can expect to enjoy 60 of the best electronic music & digital visual arts on offer.

Perfect for anyone looking to experience something new, there will be a hell of a lot of Irish talent on offer here. 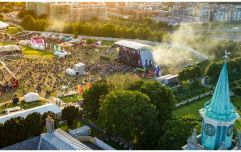 END_OF_DOCUMENT_TOKEN_TO_BE_REPLACED

This year, Picture This and 80s dance duo Bros will be playing Belfast's Botanic Gardens. Two more different acts you may struggle to find, but both are just as likely as the other to set the place alight.

Bros are set to play on 22 June, whereas Picture This have booked in 21 and 27 June as well. Here's hoping we get weather as good as the music!

A concert is always that bit more special when it's a local band. When that band happens to be Snow Patrol, even better.

The Bangor lads are returning to Ward Park for the third time on 25 May (the last two gigs were in 2007 and 2010). It's set to be the biggest ever celebration of Northern Ireland's music, with Two Door Cinema Club, Foy Vance and ASH also performing at the bumper event.

As much as we associate festivals with summertime, there's plenty to look forward to afterwards as well. From 14-17 November, Atlantic Sessions will be back on the Portrush Coast for the 11th year in a row.

This one is really more of a music trail than a traditional festival. Atlantic Sessions is a great way to tour some of Northern Ireland's best bars and cafes, as well as enjoy a tonne of great music and poetry.

Brought to you by DiscoverNI

popular
Schools and third level institutions to remain closed in counties affected by orange or red weather warnings
These are the most generous counties in Ireland, according to GoFundMe
Dart+ West reaches "crucial milestone" on road to transforming Dublin rail network
Woman in her 90s dies following road crash in Clare
Schools affected by Storm Barra expected to reopen tomorrow, says Minister
Amazon Prime Video has quietly added 8 big new movies to its library
A fun action flick with Nicolas Cage is among the movies on TV tonight
You may also like
1 week ago
Man dies in Antrim after car hit by falling tree during Storm Arwen
3 weeks ago
Irish students warned of "distressing" TikTok videos where teachers are "rated"
4 weeks ago
Compulsory vaccines for NHS staff raises human rights concerns - Michelle O'Neill
1 month ago
Two youths arrested in Belfast after violence at anti-protocol rally
1 month ago
Investigation underway after double-decker bus hijacked at gunpoint and set on fire in Down
1 month ago
Dominic Cummings claims UK government always intended to "ditch" Northern Ireland protocol
Next Page