It will be Lorde's first time playing in Ireland.

Dublin music festival Forbidden Fruit has announced details of its 2022 edition, including the first line-up of artists who are set to play at the event. 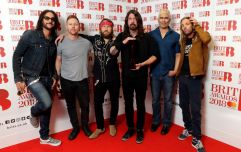 END_OF_DOCUMENT_TOKEN_TO_BE_REPLACED

The headline spot will be the first time Lorde has played in Ireland, with Forbidden Fruit noting in its announcement it was "honoured" to have her on the bill.

Welcoming you back after 3 years with @feelmybicep Lorde, Hot Chip, Peggy Gou and many more. Register for pre-sale access via https://t.co/KwqbgbR5Mr #FF22 pic.twitter.com/VpEAD25wNM 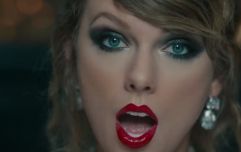 END_OF_DOCUMENT_TOKEN_TO_BE_REPLACED

The event will mark the 10th anniversary of Forbidden Fruit and comes after the annual festival did not take place in 2020 or 2021 due to the Covid-19 pandemic.

Weekend tickets for the 2022 edition will go on general sale on 2 December at 8am priced from €129.50 including the booking fee.

popular
Travis Barker rushed to hospital after tweeting "God save me"
Gardaí issue update on investigation into murder of Sophie Toscan du Plantier
Calls for €20 social welfare increase and minimum wage of €13 in new Budget
Amazon Prime Video has just quietly added 15 big movies to its library
The 100 best clubs in the world have been revealed
The 10 best TV shows of 2022 so far
007 producers provide new update on Bond 26
You may also like
5 years ago
LISTEN: Lorde has finally released 'Green Light', her first single in two years
6 years ago
VIDEO: Lorde’s tribute to David Bowie at the BRIT Awards was pretty special
7 years ago
Video: Farmer plays Lorde's 'Royals' on trombone and hilariously gets mobbed by a herd of cows
7 years ago
Video: Coláiste Lurgan's rendition of Lorde's 'Royals' as Gaeilge is simply fantastic
7 years ago
Video: Meath GAA fans have made a music video to the tune of Lorde's 'Royals' and it's hilarious
8 years ago
Video: Nirvana's gig at the Rock n' Roll Hall of Fame was something special
Next Page