All hail Bruce Springsteen, who is somehow 70 years of age yet looks and acts a considerable deal younger.

Fresh off the great Springsteen on Broadway and his most recent album, the considered country stroll that is Western Stars, Springsteen is in rare form as of late. 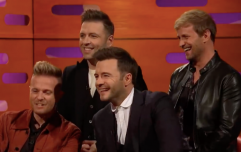 END_OF_DOCUMENT_TOKEN_TO_BE_REPLACED

There's another documentary of note, too, one that has received rave reviews before Springsteen - who makes his directorial debut with this one - pitched up on Graham Norton's couch to tell the world about it.

It's no great newsflash that The Boss is a master raconteur, but if you need further proof, just watch the way Hollywood heavyweights Robert De Niro, Paul Rudd and Sienna Miller hang on his every word during a particularly Elvis-themed story.

Springsteen, like many, was a big fan of the iconic rock and roll king. And like many a fan, he wanted to pay his respects, only it didn't quite work out the way that he had hoped... 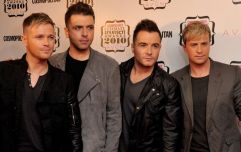 END_OF_DOCUMENT_TOKEN_TO_BE_REPLACED

"Steven [Van Zandt] and I wanted to go to an all-night diner. So around 3am we got in a taxi cab - 'Yeah, there's one right outside Elvis' house!' - 'Elvis' house?! You know where Elvis lives? Take us there right now!' The taxi driver took us to Graceland and I got out, I saw there were some lights on in the house - you could see the house, it wasn't that far from the drive.

"The gates were locked, [there was] a stone wall. I looked at Steve and I said, 'Steve, I'm going in...' The taxi driver said, 'Hey man, they got big dogs over there, don't go over that wall'. I said, well, when's the opportunity going to come again?

"I jumped over the wall, ran up the drive, got to the front door and I was just about to knock and a security guy came out of the bushes. He said, 'Can I help you?', very casually. I said, 'Yes... is Elvis here?' He said, 'Well, Elvis is in Las Vegas'.

"I said, 'Okay, well, can you tell him - and I generally don't like to do this - that Bruce Springsteen was here? He may not know who that is, but I was just on the cover of Time and Newsweek.'

"He said, 'Yeah, I'll tell Elvis' and he came down and he walked me out and that's as close as I ever got to Elvis Presley."

popular
Woman who died after being mauled to death by eight dogs has been named
Harvard study reveals how many times men should ejaculate each month to stay healthy
Omniplex Cinemas are hiring for an awesome and very rare job
Richard Madeley apologises after calling Sam Smith 'he' and bungling guest's pronouns
An extremely tense true crime drama is among the movies on TV tonight
Prime Video has just added one of the best dramas of the last decade
Parents left in shock after gorillas start mating in front of kids at zoo
You may also like
1 month ago
Dropped as Superman, Henry Cavill has already made his next big move
2 months ago
Graham Norton rips Matt Hancock to pieces over I’m a Celebrity appearance
3 months ago
Graham Norton deletes Twitter account after "mild and sensible" remarks spark backlash
3 months ago
Here's the line-up for tonight's episode of The Graham Norton Show
3 months ago
Graham Norton reveals the one celebrity he'd love to have interviewed
3 months ago
Graham Norton has a new answer for the worst guest he's ever had on his show
Next Page