How would you like to get HALF-PRICE tickets to see hip-hop legend DJ Jazzy Jeff play in the Halo Nightclub in Galway on Saturday, 21 October? 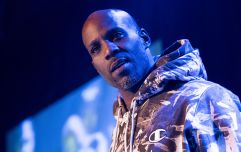 END_OF_DOCUMENT_TOKEN_TO_BE_REPLACED

The iconic DJ initially found fame with Will Smith in the Grammy-winning duo, DJ Jazzy Jeff & The Fresh Prince. Classic songs like 'Boom! Shake the Room,' 'Summertime' and 'Girls Ain't Nothing but Trouble' led to platinum album sales and international stardom.

They followed up this success with The Fresh Prince of Bel-Air, everyone's favourite 90s TV show. Jazz was a recurring character who constantly found himself being physically ejected from the Banks' house.

Jazz went on be a successful producer, actor and comedian and he even mentored future stars like Eminem and The Roots. He's also regarded as one of the pioneers of the DJing technique "transformer scratching."

Now you can catch the hip-hop icon in the flesh when he comes to Halo Nightclub in Galway as part of their ICONS at Halo series, which has already featured performances by Maxi Jazz (Faithless) and Mike Skinner (The Streets).

And we're offering JOE readers a chance to pick up early bird tickets to see DJ Jazzy Jeff for half-price. Simply enter the exclusive discount code JoeEarlyBird when you're ordering tickets here. Don't say we're not good to you!

We'll leave you with a reminder of DJ Jazzy Jeff & The Fresh Prince's biggest hit to get you in the mood.

END_OF_DOCUMENT_TOKEN_TO_BE_REPLACED

Halo Nightclub is Galway's premier club for the discerning over-23 audience, with VIP table and bottle service and signature cocktails.

As part of their ICONS at Halo series, DJ Jazzy Jeff will play in Halo Nightclub on Saturday, 21 October. You can now order your tickets here.