The three-piece band were forced to postpone the show due to illness. The band had already been forced cancel a gig in Cork on Saturday night. 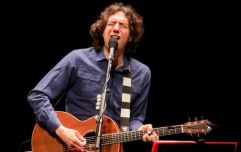 END_OF_DOCUMENT_TOKEN_TO_BE_REPLACED

In a statement, the band said: "Dublin, to sell out the Olympia Theatre was an absolute dream.

"It is with a heavy heart we are unable to perform tonight's show.

"We are completely gutted and could not wait to see you tonight, but unfortunately an illness has decided otherwise.

"We are working hard to secure a new fate and all tickets will be honoured.

"So grateful for the support, and so sorry to have to move this show. Ro, Ted, Bee."

popular
Budget 2023: Cigarettes going up, energy credits announced, child and social welfare increases confirmed
CONFIRMED: Renters to benefit from €500 tax credit as part of Budget 2023
Two new 24-hour bus services are coming to Dublin
Female child and woman in critical condition after incident in Clare
An underseen disaster film is among the movies on TV tonight
Female child discovered with serious injuries in Clare
Five men arrested in connection with fatal assault of Dylan McCarthy
You may also like
1 year ago
Olympia Theatre in Dublin to be renamed as part of new sponsorship deal
2 years ago
Awkward moments at the Olympia as Jonathan Van Ness expresses "love" for Leo Varadkar
3 years ago
Two Door Cinema Club announce Dublin and Belfast shows
3 years ago
WATCH: Dermot Kennedy lights up the streets of New York in his new video
3 years ago
Hot Chip announce Dublin date
3 years ago
Anderson .Paak is a goddamn superstar
Next Page