Longitude returns to Marlay Park in Dublin this year, and with a pretty great line up too

While headline acts Disclosure and Ben Howard were already known before today's announcement, there have been plenty of performers added to what is shaping up to be a pretty fantastic supporting cast.

Haim, Bastille and CHVRCHES, the holy trinity of hipster-ness, will be some of the biggest draws without a doubt, Hozier, Cyril Hahn and and John Talabot will certainly also have music fans pretty excited.

END_OF_DOCUMENT_TOKEN_TO_BE_REPLACED

In terms of Irish acts, there is plenty of home-grown talent on display too with both Le Galaxie and James Vincent McMorrow sure to bring in plenty of punters across the festival's three day stint.

The lads on Longitude's official Twitter account were kind enough to send out a poster with the full lineup too: 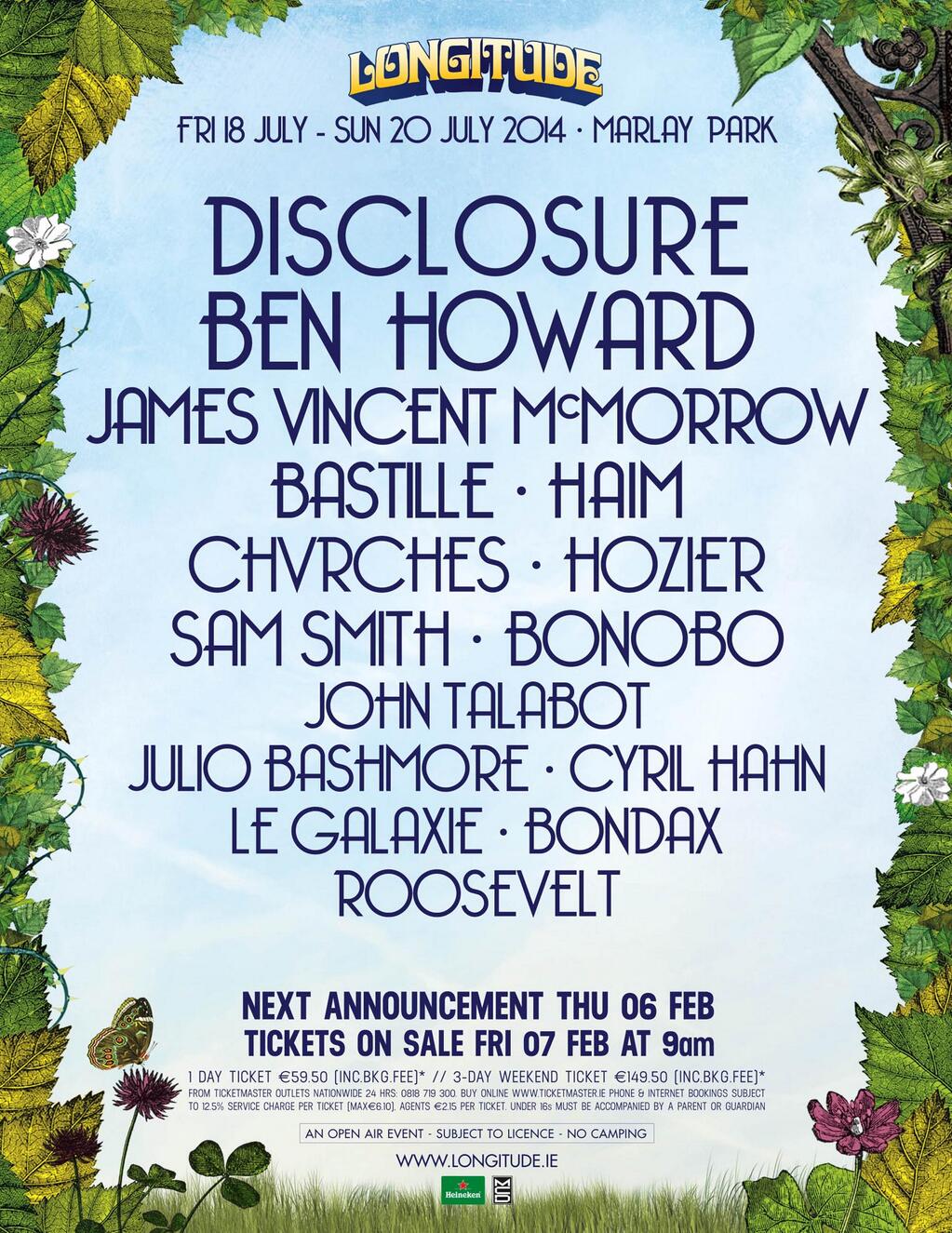 The festival will take place on the 18-20 July this year (hopefully the weather will be as good as it was last time) and tickets will go on sale on 7th of February at 9am, and with further acts being announced on the 6th, you'll want to make sure you get up early that day...

popular
Budget 2023: Cigarettes going up, energy credits announced, child and social welfare increases confirmed
CONFIRMED: Renters to benefit from €500 tax credit as part of Budget 2023
Female child and woman in critical condition after incident in Clare
Two new 24-hour bus services are coming to Dublin
Five men arrested in connection with fatal assault of Dylan McCarthy
An underseen disaster film is among the movies on TV tonight
Female child discovered with serious injuries in Clare
You may also like
1 week ago
The JOE Friday Pub Quiz: Week 312
2 weeks ago
The JOE Friday Pub Quiz: Week 311
3 weeks ago
Drugs, dancing, and drenchings: Confessions of an Electric Picnic attendee
1 month ago
The JOE Friday Pub Quiz: Week 309
1 month ago
QUIZ: Can you identify the famous song from the opening line?
1 month ago
Pop Idol star Darius Campbell Danesh has died, aged 41
Next Page