Christmas FM is returning as Kissmas FM for one week only

Out with yuletide cheer and in with the power of love.

The most special time of the year if you're in a happy long-term relationship, enjoying the early stages of courtship or just a fan of when marketing dictates how you should feel for 24 designated hours and the build-up towards them.

Alternatively, if you're single and miserable; forget it, mate. A love-themed radio station is the last thing you'll want to listen to - unless it's packed with Frank Ocean sad-bangers. In which case, see you there.

All of which is to say that the beloved Irish institution that is Christmas FM is coming back for a few days, only it's been rebranded as Kissmas FM.

Y'know, because kissing and romance and Valentine's Day and all that.

The pop-up radio station aims to celebrate "the world's greatest feeling" by taking over all Christmas FM digital channels from Tuesday 11 - Friday 14 February. 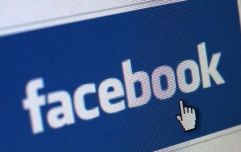 END_OF_DOCUMENT_TOKEN_TO_BE_REPLACED

You can listen at ChristmasFM.com, via the Christmas FM app, on TuneIn or by simply demanding that your smart speaker play 'Christmas FM Ireland'.

It all gets very smooth indeed from 7am on Tuesday morning.

But what is love, anyway? The Oxford English Dictionary defines 'love' as:

"A feeling or disposition of deep affection or fondness for someone, typically arising from a recognition of attractive qualities, from natural affinity, or from sympathy and manifesting itself in concern for the other's welfare and pleasure in his or her presence (distinguished from sexual love at sense); great liking, strong emotional attachment; (similarly) a feeling or disposition of benevolent attachment experienced towards a group or category of people, and (by extension) towards one's country or another impersonal object of affection."

Glad we got that cleared up.


popular
Motorist in Kildare caught driving with tax 13 years out of date
Fine Gael preparing to go into opposition following parliamentary party meeting
QUIZ: How well do you know Will Smith's movie career?
Man (40s) killed after walking in front of oncoming truck after driving into a ditch
BBC will show an 'immensely powerful' documentary about The Troubles tonight
QUIZ: How many of these Line of Duty characters can you name?
Social media is too far gone for kindness to win
You may also like
3 days ago
All premium Pornhub content is free for Valentine's Day
4 days ago
Pat Spillane will be giving love advice on this year's Late Late Show Valentine's Day Special
4 days ago
Gardaí warn of 'romance fraud' ahead of Valentine's Day
5 days ago
If your name is Mary, you can get free burgers in Dublin this Friday
2 weeks ago
First-time buyers of Dublin! Fancy watching Crazy, Stupid, Love with us?
1 year ago
WATCH: RTÉ asked people in the street to describe love, and it is incredible entertainment
Next Page