Everything's not lost for Coldplay fans because the band have announced that they'll be releasing a double album on November 22.

In a rather old school approach, the band announced the news of their new record by sending a handwritten letter to fans.

END_OF_DOCUMENT_TOKEN_TO_BE_REPLACED

Billboard confirmed the full text of the handwritten letters that were sent to fans.

It reads (sic): “Dear friends, my typing isn’t very good i’m sorry/I and we hope wherever you are you’re ok / for the last 100 years or thereabouts we have been working on a thing called Everyday Life / in the classifieds you might write ‘double album for sale, one very careful owner’ / one half is called ‘sunrise’, the other ‘sunset’ / it comes out 22 November / it is sort of how we feel about things / we send much love to you from hibernation / Chris, Jonny, guy and Will Champion, esq."

Basically, the first half of the new record is going to be called “Sunrise” and the second half is “Sunset.”

Coldplay’s last album, A Head Full of Dreams, was released in in 2015 and in the years since they released that album, they recorded the Kaleidoscope EP and released Live in Buenos Aires.

The band also posted the following cryptic video to their Twitter page.

As you can see, they're all dressed as a 1920s wedding band, sitting next to a man who appears to be German philosopher Friedrich Nietzsche, holding a saxophone.

END_OF_DOCUMENT_TOKEN_TO_BE_REPLACED

What's even more intriguing is when you go to the official Coldplay website.

At present, the website is blank aside from the two symbols for sunrise and sunset - the same symbols are also on their Instagram page.

With the release of a new album, it's fair to assume that Chris Martin and co. will be taking their new material on the road, especially if they've got two albums worth of songs.

As fans of the band will know, their last appearance in Ireland was during their sell-out Croke Park performance in 2017.

The smart money would be on them retuning in 2020. 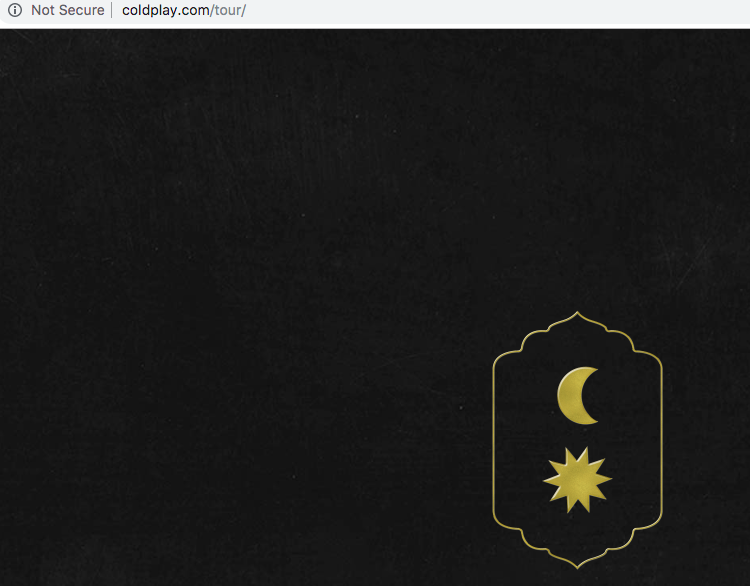 popular
Netflix has just added one of the funniest shows of the last 10 years
Netflix has just added 12 very big movies to their library
Spielberg's best movie is among the movies on TV tonight
The JOE Friday Pub Quiz: Week 332
Police believe they know what happened to Nicola Bulley
QUIZ: Can you get 15/15 in this Irish general knowledge quiz?
The 50 most iconic songs of all time* have been revealed
You may also like
13 hours ago
The JOE Friday Pub Quiz: Week 332
3 days ago
Actor to play Michael Jackson in new biopic has been revealed
1 week ago
DJ accidentally shoots herself in the face with a confetti cannon while performing
2 weeks ago
The Last Of Us Episode One features an absolutely perfect needle drop
3 weeks ago
The JOE Friday Pub Quiz: Week 329
3 weeks ago
Eminem turned down $8m to perform with 50 Cent at the World Cup in Qatar
Next Page