"There's Only One Conor McGregor."

Kildare teacher and singer songwriter, Mick Konstantin, has shot to stardom in the last seven days with the release of 'There’s Only One Conor McGregor'.

Just hours after releasing the song on his Facebook page, Konstantin's ode to The Notorious was already being picked up by global media. 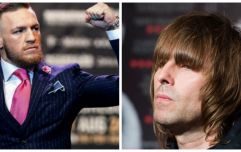 END_OF_DOCUMENT_TOKEN_TO_BE_REPLACED

In what has been an unprecedented week of fame for his hit song, Konstantin was invited to travel to Las Vegas by McGregor and his team to be part of the action.

“It’s all been a bit crazy really,” quipped Konstantin. “I really love creating music people enjoy, I could never have dreamt that the song would have reached the heights it has.

“McGregor’s team rang me the following day and told me Conor loved the song. That was amazing that he heard the song and liked it, but then McGregor and his team asked if I’d like to go to the fight.

"Conor said that they wanted to fly me over, put me up in a hotel, and get me tickets for myself and a friend. It was a dream come true.” 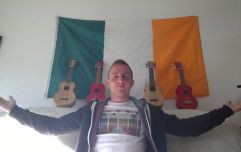 END_OF_DOCUMENT_TOKEN_TO_BE_REPLACED

While the song was launched on Facebook, Konstantin was inundated with requests to make the hit song available for download.

Konstantin, ever grateful for the continued support of fans, family, friends and McGregor, has decided to give something back to ensure as many people benefit from his hit single as possible.

“I have decided to donate all iTunes sales of “There’s Only One Conor McGregor” until the fight to a charity Conor supports. The proceeds of the sales will go to Our Lady's Children's Hospital, Crumlin because I’d love to see the hospital benefit from this and see the proceeds going to a good cause.”

“There’s Only One Conor McGregor” is now available to download and purchase on iTunes.

popular
The JOE Friday Pub Quiz: Week 308
Infant dies after being hit by jeep in Roscommon
Netflix has just added 23 very big movies to its library
Pilots fly over destination airport at 37,000 feet because they were both sleeping
Two Irish people arrested in "smuggling event" near Miami
One of 2022’s best hidden-gem comedy series is available to stream
Multiple fatalities after planes collide mid-air over California airport
You may also like
2 weeks ago
Conor McGregor to make film acting debut in Road House remake
11 months ago
WATCH: Conor McGregor and Machine Gun Kelly face off at MTV VMAs
1 year ago
Jake Paul calls out Conor McGregor in nasty video
2 years ago
Conor McGregor responds to Paschal Donohoe’s calls to encourage social distancing amongst Irish public
2 years ago
"I was in the wrong" - Conor McGregor apologises over incident in Dublin pub
3 years ago
Charges dropped in Conor McGregor phone-smashing case
Next Page