WATCH: Cork's biggest Liverpool fan is back with a song about his best friend's boy-racer

If you love Young Offenders, this will be right up your alley.

Having risen to fame when he popped up on Soccer AM in order to get the audience and host singing his Liverpool chant 'Salah' - to the tune of The Archies hit 'Sugar Sugar' - Kevin Murphy is back with his new single 'Spinning', which tells the story of his best friend's car. 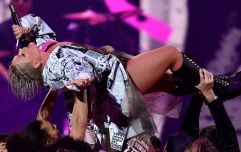 END_OF_DOCUMENT_TOKEN_TO_BE_REPLACED

Parodying the Tracy Chapman classic 'Fast Car', Kevin (played by comedian Richy Sheehy) looks back on the good times he spent with his best friend, driving around in a boy-racer and both wearing their Liverpool kits.

Needless to say, the song escalates fairly quickly, as he sings:

"You had a fast car, I swear I wasn't crying when you put it up for sale. Now I never see the boys no more. All of that changed when you went to jail."

Kevin (or Richy) is now appealing to the public to help him achieve his dream "of being number 11 in the Irish charts."

Sheehy will also be performing as the character at Golden Discs, Cork at 3pm on Wednesday 4 April.