WATCH: A new cover of The Cranberries' hit 'Zombie' has been topping charts around the world

Dolores O'Riordan had been due to record vocals for the cover of The Cranberries song.

A new version of the Cranberries' iconic protest song 'Zombie' has been topping charts the world over since its release in late February.

Recorded by the US metal band, Bad Wolves, the group were originally supposed to collaborate with the Cranberries' late-lead vocalist Dolores O'Riordan. Sadly, O'Riordan passed away on 15 January, the day she was scheduled to record her vocals. 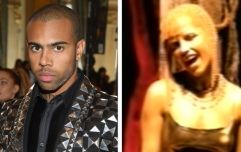 END_OF_DOCUMENT_TOKEN_TO_BE_REPLACED

The cover was first shared on 22 February via YouTube, since when it has garnered over seven million views. What's more, it has managed to top 23 charts across 16 countries, while also getting the #3 slot on Spotify's Global Top 50.

Originally inspired by the 1993 Warrington bombing by the IRA, the updated version readjusts O'Riordan's lyrics from 1994 to fit the current political climate.

Although O'Riordan was never able to record her vocals, the band says she described their cover as "killer".

In addition, they announced that all of the proceeds from the song would go to her children.

The song will be featured on Bad Wolves' upcoming debut album, 'Disobey', which is due out on 18 May.

popular
Amazon Prime Video has just added 37 big movies to its library
Welder awarded €15,000 for unfair dismissal despite admitting to drinking alcohol before work
10 years ago today, the scariest movie ever made (according to science) was released
County where winning Lotto jackpot ticket worth nearly €9 million was sold confirmed
Here's the line-up for this week's episode of The Late Late Show
Dublin Bus and boat involved in city centre collision
It took five long weeks, but The Rings Of Power is finally fantastic
You may also like
3 years ago
Wise Beyond Their Years - an interview with rising Limerick act whenyoung
4 years ago
The Cranberries confirm they will split after the release of their final album
4 years ago
Gavin James to pay tribute to Dolores O'Riordan as part of RTÉ Culture Night gig
4 years ago
The Cranberries release official statement after inquest reveals cause of Dolores O'Riordan's death
4 years ago
Dolores O'Riordan died of drowning due to alcohol intoxication, inquest hears
4 years ago
Limerick man has the perfect suggestion for what to do with a boring council wall
Next Page