Speaking in an interview on Today FM this morning, Ed Sheeran has hinted that he may do more than one Croke Park show.

When asked if it was a possibility, he said that it was and it depended on how the first one sells.

Tickets for that one go on sale Thursday morning. 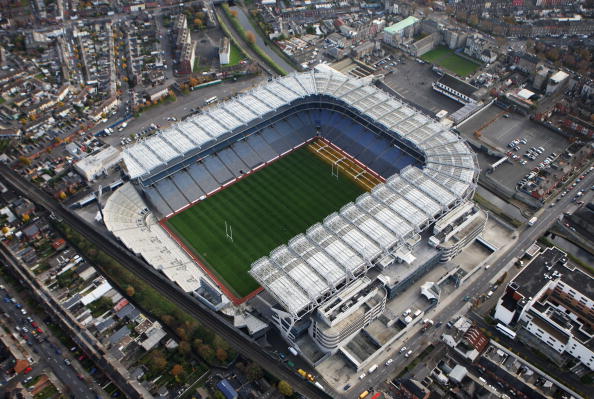 END_OF_DOCUMENT_TOKEN_TO_BE_REPLACED

He was then asked if he had heard about the Garth Brooks fiasco and replied that he did,  "I don’t think there's a problem, I think you're allowed three gigs a year in Croke Park."

We're calling it here and now. Ed Sheeran will do more than one night in Croke Park.

Watch a clip of his recent gig at Whelan's here.

popular
Prince George reportedly told classmate "my father will be King so you better watch out"
Budget 2023: Cigarettes going up, energy credits announced, child and social welfare increases confirmed
Two new 24-hour bus services are coming to Dublin
Jeffrey Dahmer’s dad thinks he knows what’s to blame for son becoming a serial killer
An underseen disaster film is among the movies on TV tonight
CONFIRMED: Renters to benefit from €500 tax credit as part of Budget 2023
QUIZ: Test your knowledge with this Ultimate Friends Character Quiz
You may also like
1 week ago
The JOE Friday Pub Quiz: Week 312
2 weeks ago
The JOE Friday Pub Quiz: Week 311
3 weeks ago
Drugs, dancing, and drenchings: Confessions of an Electric Picnic attendee
1 month ago
The JOE Friday Pub Quiz: Week 309
1 month ago
QUIZ: Can you identify the famous song from the opening line?
1 month ago
Pop Idol star Darius Campbell Danesh has died, aged 41
Next Page