Following several nights performing around the country, Ed Sheeran took to the stage in the Phoenix Park in Dublin on Wednesday 16 May, and anyone who wasn't there - but was judging based solely on the tweets that were sent out afterwards - there seemed to be a lot of problems with how the night played out.

The majority of the complaints seemed to centre around the lack of room for the concert's attendance, as well as issues with being able to see or hear the gig properly from certain parts of the grounds.

END_OF_DOCUMENT_TOKEN_TO_BE_REPLACED

In response to some queries which have arisen from last nights first Ed Sheeran concert at the Phoenix Park, Aiken Promotions has released the following:

"Re: some comments from audience members who mistakenly thought they had seated tickets when they were in fact standing tickets, we want to clarify that tickets with Gen Admission (GA) on them are tickets for the designated standing area. If you have a seated ticket it will clearly state on it a Block / Row and seat number.

"Last night a number of people arrived late. Please leave plenty of time to get to the venue. 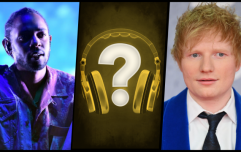 END_OF_DOCUMENT_TOKEN_TO_BE_REPLACED

"Please check online for details on where concessions and toilets are located and your best routes from the area you are in to those facilities. There are bars and concessions left and right of the stage.

"Red Route is for seated tickets - Seating blocks A & B must enter by the North Rd entrance (Cabra and Ashtown side), Seating Blocks C, D, E must enter at Chesterfield Avenue.

"If you have standing tickets - Yellow Route or Blue route you can enter by either side - please follow signage and directions of stewards.

"Last night movement of people through the large gap between two banks of seats (that is the connection between the concessions area/entrances and the viewing area/pitch) worked well all night until Ed took to the stage when approximately 5,000 people were still to come in. 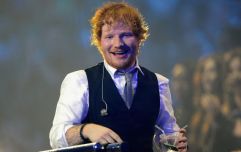 END_OF_DOCUMENT_TOKEN_TO_BE_REPLACED

"When Ed went on stage those people who were in the concessions /toilet area and those still entering came in through the gap but did not move on to take a place in the designated standing area, they just stopped inside the gap to watch the show. This gap was not meant to be a viewing area, it was designed to facilitate movement between areas.

"This meant the people behind those who had stopped were unable to get into the viewing area and likewise some people were unable to get back out to the toilets for a time. There was at all times plenty of space left and right but it took time and many stewards and Gardai to move them on in. Once this had been done normal movement between the areas resumed.

"Following a meeting this morning the team are putting additional measures in place to prevent it happening again.

"There have been no reports of any (even minor) injuries as a result of this."