Elbow's talismanic frontman on the shame of Brexit, fatherhood, and his kinship with Cillian Murphy...

It's the voice, isn't it? The thing that draws you in.

In the case of Elbow and enduring frontman Guy Garvey, the power lies in the communal experience, the feeling of relatability, the idea that you could bump into Garvey in the pub, present the offer of a pint, and potentially walk away having made a new friend. 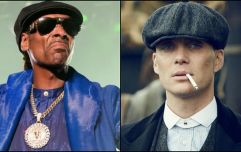 END_OF_DOCUMENT_TOKEN_TO_BE_REPLACED

Not everyone radiates this, nor is it the kind of element you can necessarily fake. Spend a few minutes in Garvey's company - or, in JOE's case, 20 minutes over the phone - and the cadence of his charm is unmistakable.

For fans, Elbow gigs are an invitation. At the forefront, Garvey conducts his audience as if regaling old friends with stories they're happy to hear for the 100th time. In spite of such lofty status, he feels, as this writer puts to him, like an everyman.

"I don't know if you can deliberately be an everyman without looking like a politician or something," he decides after mulling the term over. 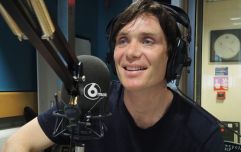 END_OF_DOCUMENT_TOKEN_TO_BE_REPLACED

"I suppose any confidence I have now has come from the success I enjoy with the band and everything, but I couldn't say how much a pint of milk was if I'm completely honest with you, Dave. I wouldn't say I was 'in touch' with who I was for most of my twenties."

Difficult not to be in touch today as an Englishman surrounded by real-time updates on your country's collapse, however. Indeed, the eighth Elbow album, Giants of All Sizes, is one that writhes, resolutely, in the grim shadow of Brexit.

Even without that looming colossal mess in the background, there's a palpable darkness in play. Is it a case of just throwing your hands up and being brutally honest with the listener, even if it might hurt a little?

"It's more a case of not being able to do anything else," Garvey considers. 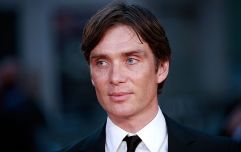 END_OF_DOCUMENT_TOKEN_TO_BE_REPLACED

"On the previous record, we were very deliberately writing about love and about friendship and all the stuff that binds us all and makes life have a point. My little boy was just about to be born when we wrote that record.

"At the same time that all of this darkness is going on, there are wonderful things happening on a daily basis in our lives. On top of the kind of terrifying Brexit plunge and the filthy displays of power-hungry back-biting from all of our politicians, it seems against that backdrop things have happened.

"I lost my father a year ago, in March," Garvey continues, a calm soberness in his voice.

"Last October, we lost two of our very dear friends; completely unrelated things within eight days of one another. So this kind of feeling a bit like the stuffing has been knocked out of you, feeling a bit like a punch bag, life-wise, that definitely is the current mood, I think. It's just terrifying."

Garvey notes that the general public in the UK is both sick of and mystified by Brexit and its attached uncertainty. Emotion runs deeper for a man who will soon find himself on the road, visiting home and beyond, standing in front of a microphone night after night, declaring that "empires crumble all the time" to the gathered.

"We played 'Empires' at festivals this summer and you see it register in people's eyes. And, of course, that's all over Europe, not just the UK. The UK leaving the European Union will signal the end of the European experiment. It just will.

"It will fall like a house of cards, which is why it's so distressing. You have these feelings of shame while abroad, and then these feelings of hopelessness at home. It's very difficult to be optimistic, isn't it?"

It is, but there's room for hope, too, even when buried so very deep. Garvey can be particularly good at digging out pockets of light, allowing breathing space, welcoming reflection.

"The album is big and it's dark and it's not pulling its punches, but it's mostly asking quite bewildered questions of the world," he offers.

"There are moments of joy on there. There's a song called 'On Deronda Road' which is just a really simple thing about looking at my son's face when we were on a bus together going into Brixton.

"The last song on the record, 'Weightless', is about how my son being in the world helped me deal with my dad passing and how it made me realise that I'm part of something and not the point of something."

There are plenty of moving parts in Garvey's life, not least his aforementioned two-year-old son with whom he is clearly besotted.

Outside of Elbow, the 45-year-old can be regularly heard on the airwaves as a fixture of the much-respected BBC Radio 6 Music. 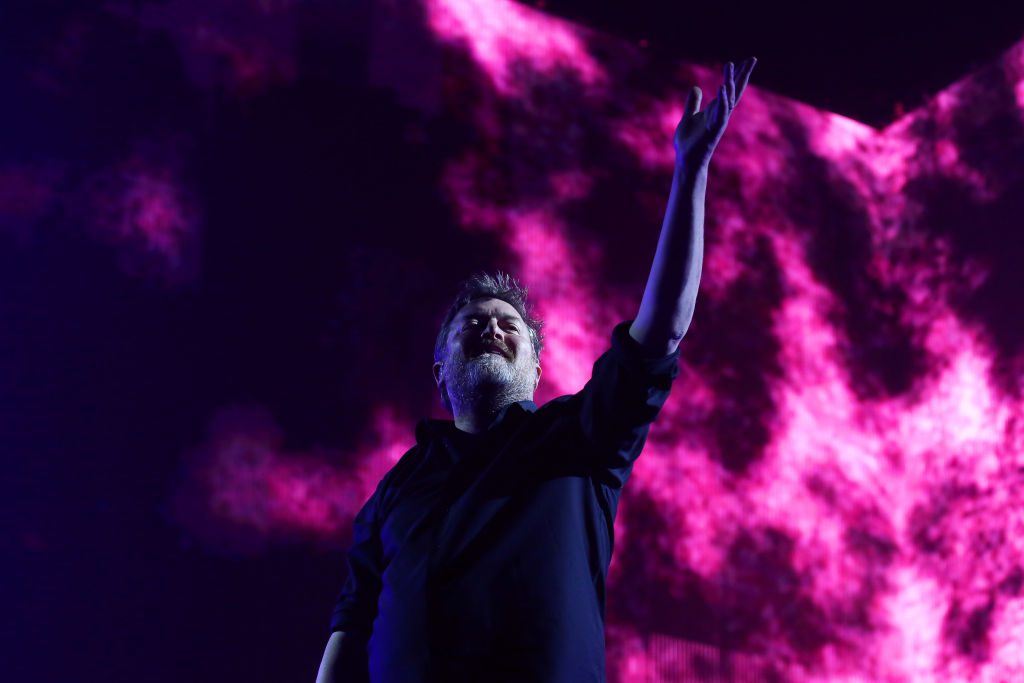 Guy Garvey's Finest Hour affords him the chance to basically just geek out about the sounds that he loves, and if he ever needs a break, he can call on the likes of Cillian Murphy to step in for a stint as he did during the summer.

The Cork actor is known for being a pretty big music head himself, so was this a case of, 'Oh feck, he's pretty good, I hope he doesn't bounce me out of a gig?' for Garvey?

"I've made a friend of him. Around the time that he took over, we went for a pint in London, and he's just such a sound bloke. He's really great. We fitted as mates. I think we're going to be lifelong friends, Cill and I. He's a great bloke.

"And yeah, we get to be able to talk about music because he's such a head, he knows his stuff. I told him, 'You should get your own slot, ie: not mine!'. I think he'd love a permanent slot. He was absolutely great. The station is so ace, I'm so proud to be a part of 6. I've been on there 13 years now and every time they renew my contract I'm like, 'Oh great, they still want me'.

"That's good, because I still feel like I'm playing at it. You tell people that maybe don't know Elbow, maybe don't know 6 Music, you tell them what you do for a living - I'm a musician and a broadcaster, and when it dawns on them that you've got your two dream jobs, there's very little sympathy there. I'm a lucky, lucky, lucky bastard."

The younger Garvey always had a committed relationship with music, rarely spotted without a Walkman despite not really being able to afford one, often winding the tape back with a pencil to conserve battery power.

He likens, with knowing reverence, Joni Mitchell to an auntie and David Bowie to a cool older brother, hailing the "massive generosity of spirit" that the latter left behind as a final gift upon his exit.

It may be a cliché, but the music lives on. The legacy is true.

A little over 20 years ago, following a couple of different names and more than a handful of unglamorous starter gigs, Elbow began life proper. "Swings and roundabouts," is Garvey's initial summary of his own specific journey from then until now. There's more to the story, of course.

"When it all started moving for Elbow, I couldn't believe my luck but I was also very, very deeply worried," he posits.

"I was always really worried and therefore perhaps quite an intense person to be in a band with. If I could go back and tell myself anything I'd say, 'Just enjoy it, you dick'. These days, I love performing and I love writing, more than I ever have. I suppose that comes with the confidence of having done it a lot.

"Back then I could go and go and go. I really miss the days of doing 28 shows in a month as you do on your first album, or used to. At the same time, I've got this wonderful life alongside what happens in the band where I've got a family and I've got good old friends around me. I'm a very, very lucky man."

Giants of All Sizes is out now

Elbow play 3Arena, Dublin on Saturday 28 March, 2020 and The Waterfront Hall, Belfast on Sunday 29 March. Tickets are available via Ticketmaster.

popular
Amazon Prime Video has just added 38 very big movies to its library
Mia Khalifa claims seaside town is better than Miami
The 50 most iconic songs of all time* have been revealed
5 must-watch shows and movies streaming on NOW in December
Ashton Kutcher opens up about rare disease that left him unable to see or walk
21 jokes that are so bad they're actually brilliant (but still quite bad)
We just got the first trailer for a movie not out until 2024
You may also like
1 week ago
QUIZ: JOE's Big News Of The Day Quiz #19
4 weeks ago
Netflix addition unearths one of the most maddening final lines in cinema history
1 month ago
Cillian Murphy gives interesting update on 28 Months Later
4 months ago
Peaky Blinders creator confirms film starts shooting "next year"
4 months ago
WATCH: The first trailer for Christopher Nolan's new movie Oppenheimer is here
4 months ago
15 years ago, this classic sci-fi film was completely slept on at the box office
Next Page