Elton John has announced a huge gig in Cork's Páirc Uí Chaoimh on what will be his final ever tour.

The music legend is embarking on his farewell tour this year, and it's just been announced that the Cork stadium will be part of it when he comes to play at the home of Cork GAA on 1 July 2022.

It is set to be Elton's last ever time performing in Ireland before he retires, so if you want to see him live, now is your chance.

Tickets for the Farewell Yellow Brick Road go on sale on Thursday 22 July at 9am on Ticketmaster.

As part of the Farewell Yellow Brick Road, The Final Tour, @eltonofficial has announced he will be performing at @PaircUiCha0imh , Cork on Fri 1st July 2022. Tickets on sale at 9am Thursday 22 July 🚀 #EltonJohn pic.twitter.com/mD3jLx9Vz6 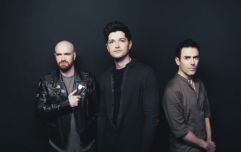 The Script have just announced two huge concerts in Dublin

END_OF_DOCUMENT_TOKEN_TO_BE_REPLACED

Cork isn't the only place in Ireland where Elton will be performing, of course. He'll also be doing shows in Dublin's 3Arena and Belfast's SSE Arena in December. Tickets for both shows are limited but you can try for Dublin here and Belfast here.

Announcing the final dates of his tour in a video message, he said: "Hello, all you wonderful fans out there. I'm coming to you today with an announcement I’ve been working towards for, well, all my life: the shows that I announce today will be my final tour dates ever in North America and Europe.

"I’m going to go out in the biggest possible way, performing at my very best, with the most spectacular production I’ve ever had, playing in places that have meant so much to me throughout my career. Whether it’s next summer in Frankfurt or at the legendary Dodger Stadium for the grand finale in the United States, I can’t wait to see you all on the road one last time.

popular
An exciting Irish crime thriller is among the movies on TV tonight
The JOE Friday Pub Quiz: Week 307
Record for hottest August day in Ireland ever has now been broken
WATCH: Flight makes scary 'lowest ever landing' at Greek airport, narrowly avoiding plane spotters
Danny Healy-Rae insists the Puck Fair goat is safe and well looked after
A great underseen action thriller is among the movies on TV tonight
Shooting stars set to light up Ireland's skies this weekend
You may also like
3 years ago
Kevin Smith is bringing his podcast tour to Dublin this May
3 years ago
Irish whiskey distillery wins World's Leading Distillery Tour at World Travel Awards
3 years ago
Gavin James announces new tour, but with a twist
4 years ago
UK indie band Glass Animals forced to cancel world tour after drummer hit by truck in Dublin
4 years ago
Anyone else want to inform Taylor Swift that Ireland is not part of the UK?
4 years ago
Nine Inch Nails may have defeated the touts with how they're selling tickets to their just-announced world tour
Next Page