Eminem's kid comes out, and fans are loving it!

Rap legend Eminem's child has come out as non-binary in a viral TikTok, where they asked fans to 'call me Stevie (they/she/he)'. Eminem, real name Marshall Bruce Mathers III, adopted Stevie in 2005 after briefly reconciling with Stevie's mother Kim Scott, 46.

END_OF_DOCUMENT_TOKEN_TO_BE_REPLACED

In a video shared to their TikTok, Stevie illustrates their gender journey through a series of images. 'Watch me become more comfortable with myself," the video begins.

Alongside she/her pronouns, and their deadname Whitney, the teenager posts a series of images of their time presenting as female. Then, as the pronouns change to they/she, Whitney looks remarkably different. Wearing more androgynous clothing, and a shaved head.

In the final section, Stevie shares their chosen name (Stevie) alongside 'all pronouns'. 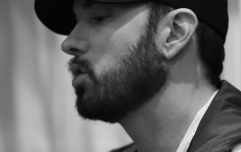 END_OF_DOCUMENT_TOKEN_TO_BE_REPLACED

Sex is a biological factor that is determined at birth, however, gender is a combination of various societal constructions. Those that identify as non-binary, or gender-fluid, do not relate to the societal constructions of their gender. Therefore, instead of taking the standard he/him or she/her, these individuals prefer to be referred to by they/them.

Huge criticism in the past has surfaced because it is 'grammatically incorrect and an annoyance to say'. However, when we don't know the gender of someone, we naturally change our wording to they/them anyway. Furthermore, when talking about a group of people, we say they/them. 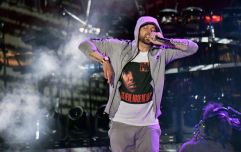 The worst Eminem lyrics of the past 10 years

END_OF_DOCUMENT_TOKEN_TO_BE_REPLACED

Stevie came out as bisexual in 2017, and at the time their Instagram bio requested to be referred by the pronouns she/ they. The teenager said in a now-deleted post: 'Happy national coming out day!' I am bisexual???? I would like to say you’re perfect the way you are and that love is love!?????????? be yourself!'

popular
QUIZ: You'll do well to get 100% in this General Knowledge Quiz
Body of woman in her 70s found in unexplained circumstances in Kerry
25 years ago, Sylvester Stallone delivered his best performance in a hard-hitting crime drama
QUIZ: How well do you really know Irish weather?
Disney+ has just added 10 big movies to its library
QUIZ: Can you get 10/10 in this Irish sayings quiz?
The new Garda uniform has finally hit the streets
You may also like
2 years ago
The JOE Music Quiz: Week 4
2 years ago
Controversial Ariana Grande lyric features on new surprise album from Eminem
2 years ago
Eminem questioned by Secret Service over Trump lyrics
3 years ago
WATCH: Fans have very mixed reaction to Eminem's new 10-minute freestyle 'Kick Off'
3 years ago
A new battle-rap movie created by Eminem is now on YouTube
3 years ago
Eminem and Dr. Dre might be releasing new music this week
Next Page