For any fans that fancy a road trip.

To the theme of Monkey Wrench by Foo Fighters.

END_OF_DOCUMENT_TOKEN_TO_BE_REPLACED

Yep, you can tell that it's nearly Christmas when bands start planning their itinerary for the coming months and with a litany of gigs to choose from in Ireland, 2019 is shaping up to be a pretty decent year for anyone that loves heading to gigs.

This being said, as we frequently do, we're more than happy to broaden our horizons and look abroad to see what other festivals in Europe are offering decent value for money.

On this note, a seven-day pass for Sziget Festival in Budapest, Hungary is currently available for €299.

Taking place from 7-13 August, The festival has become increasingly popular with Irish music fans over the last few years and the first acts for 2019 have just been announced.

END_OF_DOCUMENT_TOKEN_TO_BE_REPLACED

Foo Fighters, Ed Sheeran, Florence and the Machine, The 1975, Catfish and the Bottlemen, Chvrches, Kodaline, Jungle, and Richard Ashcroft are just some of the name announced in the first batch of artists.

Of course, there's going to be hundreds more names added to the bill.

As always, it's each to their own when it comes to festival options and musical tastes, but this one is bound to be popular.

At present, a quick search on Skyscanner for a flight from Dublin to Budapest on 6 August (day before the festival starts) and 14 August (day after it ends) looks like this.

One thing is for sure, the weather is bound to be much better than what you would get at a gig in Ireland. 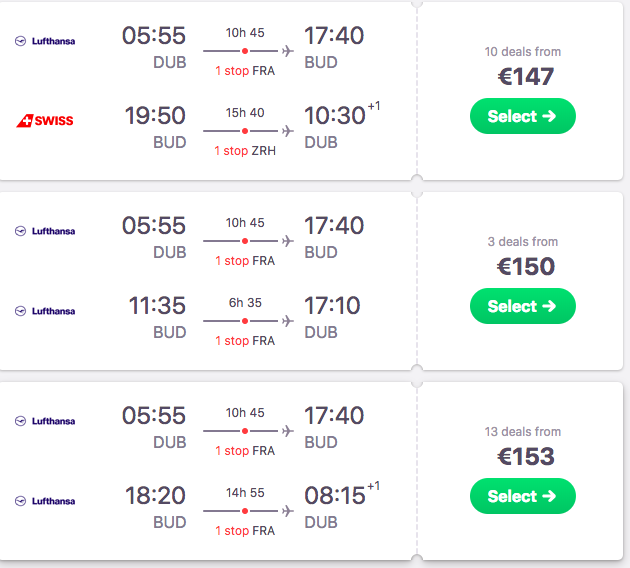 popular
QUIZ: Guess the movie from the movie poster
Here is a list of every Bank Holiday in Ireland in 2023
Nicola Bulley's phone found by the river 'could be a decoy', diving expert suggests
One of the best crime thrillers ever is among the movies on TV tonight
The Last Of Us Episode Five will premiere days earlier in Ireland and UK
Edward Scissorhands was very nearly played by a much-loved Oscar winner
5 years ago, Hollywood took a massive gamble on a huge sequel... and lost big time
You may also like
4 days ago
The JOE Friday Pub Quiz: Week 332
1 week ago
Actor to play Michael Jackson in new biopic has been revealed
1 week ago
DJ accidentally shoots herself in the face with a confetti cannon while performing
3 weeks ago
The Last Of Us Episode One features an absolutely perfect needle drop
3 weeks ago
The JOE Friday Pub Quiz: Week 329
4 weeks ago
Eminem turned down $8m to perform with 50 Cent at the World Cup in Qatar
Next Page