The pandemic has proved devastating in just about every way imaginable and we won't dwell on the more horrific aspects of it if we can help it.

One horror that must be addressed, though, emerged early into proceedings.

END_OF_DOCUMENT_TOKEN_TO_BE_REPLACED

Cast your mind all the way back to March 2020, when times were still somewhat precedented.

The early days of the pandemic were taking shape, however, and with that came the opportunity for a bunch of rich celebrities to let us know they were they for us.

And so it was that Gal Gadot corralled a bunch of her mates – including Jamie Dornan, Kristin Wiig, Will Ferrell, Natalie Portman, Amy Adams and other people who should have known better – to do a cover of John Lennon's revered 'Imagine' anthem.

To say it didn't go down well would be an understatement. 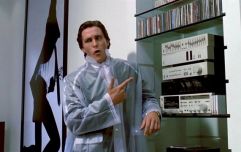 END_OF_DOCUMENT_TOKEN_TO_BE_REPLACED

I won't apologise. I shouldn't have to. Gal Gadot, however, has done just that.

In conversation with InStyle magazine, Gadot recalled a time at an awards show when she "took the piss" and started singing 'Imagine' before addressing the celebrity-packed viral video.

"I don't take myself too seriously," she said. "And with the whole 'Imagine' controversy, it's funny. I was calling Kristen [Wiig] and I was like, 'Listen, I want to do this thing.' 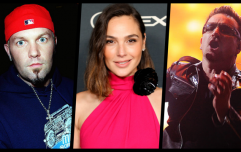 END_OF_DOCUMENT_TOKEN_TO_BE_REPLACED

"The pandemic was in Europe and Israel before it came here [to the US] in the same way. I was seeing where everything was headed. But [the video] was premature.

"It wasn't the right timing, and it wasn't the right thing. It was in poor taste. All pure intentions, but sometimes you don't hit the bullseye, right? I felt like I wanted to take the air out of it, so that [event] was a delightful opportunity to do that."

We can forgive. Maybe.

We cannot, however, forget.

popular
Gardaí launch investigation after man's body reportedly brought into post office in Carlow
The JOE Friday Pub Quiz: Week 278
One of the best action movies of recent years is finally available to watch at home
QUIZ: Can you score 18/18 in this tricky geography quiz?
"It will be with me until I die" - Charlie Bird opens up about "loveliest gesture" from Daniel O'Donnell
QUIZ: How well do you remember Ozark on Netflix?
CONFIRMED: Glorious normality beckons as vast majority of restrictions to be scrapped
You may also like
1 day ago
Taoiseach says Covid restrictions may be eased earlier than expected
2 days ago
Irish workers lost out on an estimated €6,000 in earnings due to the pandemic
2 days ago
Eamon Ryan says he expects lifting of Covid restrictions next week
3 days ago
88% of remote workers would like to continue doing so once restrictions are lifted
6 days ago
"I'm not as safe as other people." People medically exempt from receiving Covid boosters face uncertain future
1 week ago
Downing Street held two parties on night before Prince Philip's funeral – report
Next Page