Meet the Galway Street Club, a 15-piece street band who are taking the world by storm

Although I am a proud Mayo man, I consider Galway my second home. I spent four of the best years of my life in the town of the tribe.

Shop Street is notorious for its fantastic buskers and street acts, from a Luke Kelly look-a-like, who has the voice and banjo to match, to a puppet show on strings, to an Irish dancer who keeps a smile on her face throughout what must be an extremely hard set.

END_OF_DOCUMENT_TOKEN_TO_BE_REPLACED

Late in 2016, I was walking down Shop Street when I heard some music coming from one spot in the middle of the street.

A crowd had gathered and as I got closer and closer, I could see guitars, a fiddle, a trumpet, a mandolin and the only thing I could think to myself was, how is this all working?

As I returned a couple of weeks ago, I captured the madness again and entered a message into the college group chat to see if anyone else had heard of this crazy looking band.

My friend Shelly had interviewed them for The Connacht Tribune just a few days before that and, anxious to find out more, I had to get their contact details from her.

The members' nationalities are as diverse as the band's instruments. The majority may be Irish but there is a mixture of USA, Russia and Germany thrown into the mix for good measure. Oh, did I mention there are 15 of them? 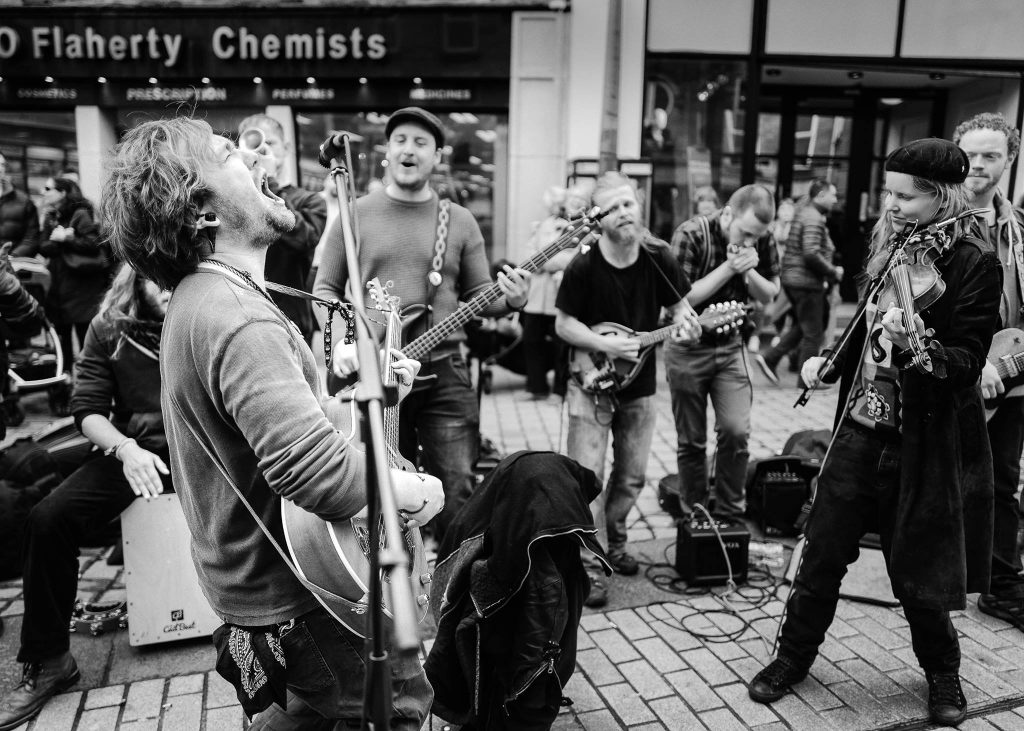 END_OF_DOCUMENT_TOKEN_TO_BE_REPLACED

How did this all start?

“For me, it all started in March last year when I had originally planned to visit Galway for a couple of weeks before getting on with my life and going back to college,” said Merle, who plays the fiddle in the band.

END_OF_DOCUMENT_TOKEN_TO_BE_REPLACED

“A dear friend of mine who I knew from years back asked me if I wanted to make some quick money during my stay and go busking with this band he'd started playing with recently.

“I said yes, expecting a three-piece trad band or something like that, but boy was I wrong: There was about twelve of them who had just started jamming together a few weeks previously."

Merle, from Germany, adds, “if you ask everyone who actually founded this mess, a few people will claim that it was their idea.”

Despite being called the Galway Street Club, Pauly Butch McDangerous, the lead guitarist, is the only person who actually comes from Galway.

“Two of my housemates who were in this busking band asked me to come and join them so one day I did. I didn't know what to expect but certainly didn't see myself in 12 months selling out the Roisin Dubh at every gig. Crazy.”

For a street band, selling out the seminal Roisin Dubh is an achievement in itself but as mandolin player Johnny Irvine explains, it didn’t stop there.

“Mostly we've played in the Roisin Dubh (our very first gig was there and we've sold out pretty much every night ever since) but we’ve also played in Spain, Germany, Holland, Austria and France.

“Lyon in France and several bars in Barcelona were definitely the high points of our European tour. I can't wait to go back to Germany though.”

What kind of music do they play?

It’s more a question of what don't they play. 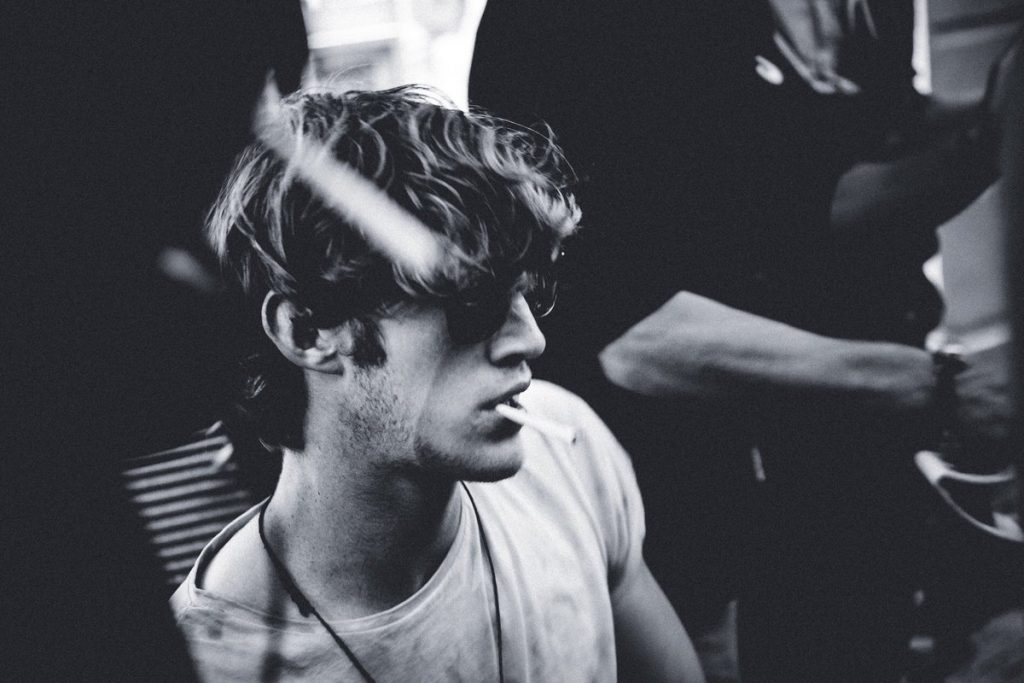 “With so many different nationalities and personalities in the band, there is a convergence of influences, which gives a pretty varied sound! We play folk, rock, blues trad, ska, whatever we can really,” says Shane Scally, who plays the cajon.

James Dillon, a singer and guitarist in the band, follows up: “I'd like to think our set is diverse enough to always have a few surprises. I tend to sing some of the more 'pretty' songs about lovely girls and how they'll always leave you needing more or something along those lines.”

Spud Kennedy, an American guitarist, believes he knows the formula that sets the street band apart.

“It’s not our talent or tightness in a group, or our song picking/writing capability, but it’s our energy,” he says passionately.

“We reach into our chest and we expose what’s inside. So, we play songs that allow us to do that. Sometimes we play what most would call a love song but we express that with anger. Sometimes it’s a song about war that we express through joy.

“The songs that we perform best are always different because it’s always the songs where, on that particular day, we can get everyone on the same emotional level."

Stories? They have a few

“One of the most controversial moments I was involved in happened on the Swiss border, I was getting a bus from Germany through Switzerland, to Lyon in France," says Scally.

“As the bus stopped, two policemen swaggered onto the bus and swiftly escorted me off it. Apparently, they had a tip off that someone was transporting some 'illegal substance'.

“In their defence, after a couple of heavy weeks on the road, I probably didn't look my best, the maroon splattered Bob Marley t-shirt and bottle of red wine definitely didn't help my chances.

“Anyway after three hours, an x-ray, lots of badly spoken English and my bags and instruments ripped apart, they realised their mistake. I was a free man.

“The glory was short-lived as I realised my bus had left without me, stranded between two countries, darkness on both sides. I instantly started arguing that they couldn't leave me there and eventually ended up with a police escort to Geneva and a free flight to Lyon.”

James has his own story to tell of a street party which took place a few weeks ago and actually featured on JOE.

“The show started late at night so we were all, including the audience, feeling pretty loose by that stage. The lack of a stage or barrier led to an extremely intimate gig.

“I mean intimate as in I can now tell these guys apart, and what they've been drinking, by the smell of their armpits.

“Our speaker got knocked to the ground and towards the end I felt like there was a horde of undead audience members piling in on top of us like the ending of Night of the Living Dead. We then proceeded to get absolutely Phil Mitchell’d.”

Kai only started recently with the band and he has a special place in his heart for the maroon and white.

“I think with Galway it’s unlike any other city, the culture, the difference in music and the community behind it is something special.”

Dimitri adds, “Here you can find people from all over the world who play music. You can learn a lot here and you won’t even notice that you have until you leave this place.”

They have a manager?

A very strange concept for a gang of buskers but as Laura points out, so is having a successful band consisting of 15 members.

“Yeah I suppose it's a bit unusual having a manager for a busking band, then again so is 15 buskers trying to make this work as a band when it's more like a small circus," she says.

“But yeah, the great Dominic Quinn set us up a Facebook page for us since the interest was growing at the beginning so we said yeah why not.

“Dom assumed the role, and I couldn't have imagined anyone better for the job. He does so much work for us.

“He's not only our manager and a great manager at that, but also like our babysitter, our voice of reason, our pint provider and our closest friend. I don't think I've ever met anyone who doesn't instantly just love Dom.

“He's like the 5th member of the Beatles. He's the 16th member of Street Club. That sounds ridiculous but simply put, we couldn't make this work without him” 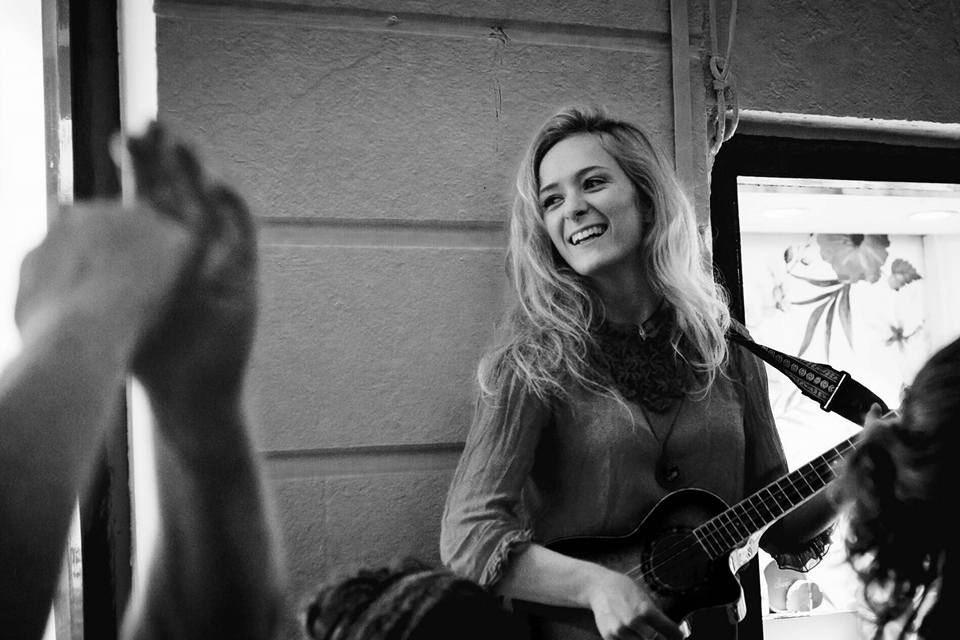 Plans for the future?

The band are working on an original album and putting together a European tour for this winter but Laura and Dimitri are hoping for some simpler pleasures. “Trying to get all 15 of us to practice at once would be great too though,” says Laura before Dimitri adds “we’re going to come back better and hopefully not bigger.”

Much like anyone who has seen this band performing, they draw your attention straight away because of the size but once you get past that, they hold on to you with their amazing musical talent and that’s something which spurs Paul Kimball on.

“Here in Ireland, Galway especially, I feel the gains of that pursuit daily. From the day I saw my first person on stage performing (and) I've wanted to do that," he says.

“Singing is the only place in time that I feel that everything that is me is exactly where it should be. Here in Ireland, I can pursue that craft and grow every day in chaotic and interesting ways.” 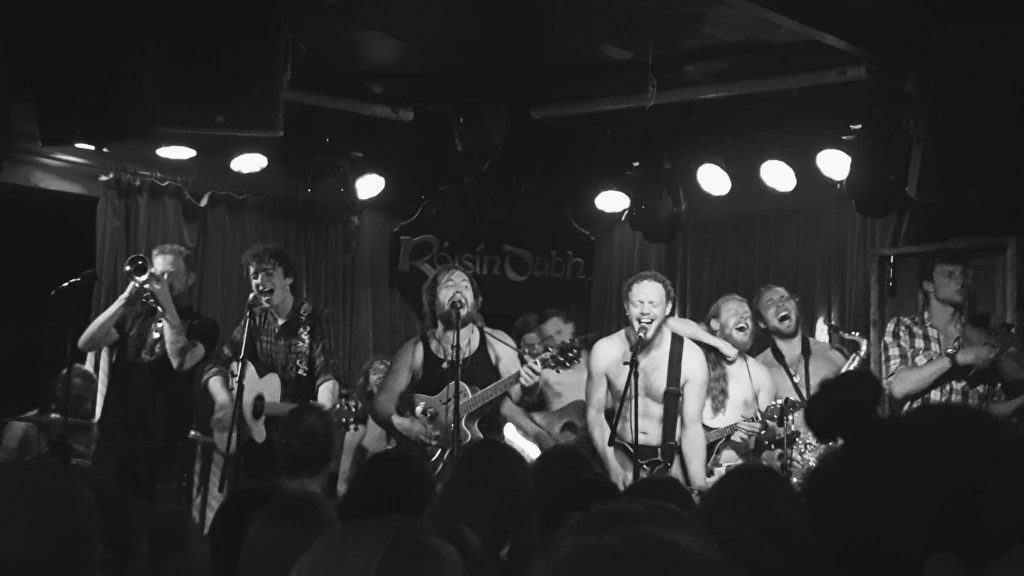 The gang play Whelan's Live Mainroom on 21 June and Castleisland Co. Kerry on 1 July and if you want more information on them, they even have their own documentary.

popular
Met Éireann updates weather warning for entire country as temperatures set to fall to -6
Céline Dion diagnosed with incurable neurological disease
The "eighth best movie ever made" is among the movies on TV tonight
Jennifer Lawrence sparks controversy by saying she was the first woman to lead an action movie
5 deadly destinations for a last-minute city break this winter
Star of Horrible Histories says cast arguably did 'blackface' by getting spray tans to play Egyptians
Shane MacGowan's wife shares update after singer is hospitalised
You may also like
6 days ago
The JOE Friday Pub Quiz: Week 323
4 weeks ago
Paul Weller labels The Cure's Robert Smith a 'fat c**t' in interview
4 weeks ago
JOE's Daily News Hub - November 2022
1 month ago
Cher, 76, confirms relationship with man less than half her age
1 month ago
Duran Duran guitarist Andy Taylor reveals he has prostate cancer
1 month ago
The JOE Friday Pub Quiz: Week 319
Next Page